Please ensure Javascript is enabled for purposes of website accessibility
Free Article Join Over 1 Million Premium Members And Get More In-Depth Stock Guidance and Research
By Zhiyuan Sun - Dec 3, 2020 at 7:02AM

When it comes to investing, thinking outside the box can have significant rewards.

Biogen ( BIIB -2.65% ), Fastly ( FSLY -11.48% ), and Gamestop ( GME -8.34% ) are three stocks that have been largely shunned by the investment world due to significant woes in their operations. After all, nobody wants to buy run-down businesses now that the major stock indices are making new all-time highs. For those who are willing to look beneath the surface, however, there is much more than meets the eye for these stocks.

Warren Buffett once famously said: "Most people get interested in stocks when everyone else is. The time to get interested is when no one else is. You can't buy what is popular and do well." Indeed, beaten-down stocks that nobody seems to like can become so oversold that one can buy them for next to nothing. These stocks usually explode to the upside at the slightest of positive developments. Today, let's look at why the three stocks mentioned above are strong buys for the brave investor. 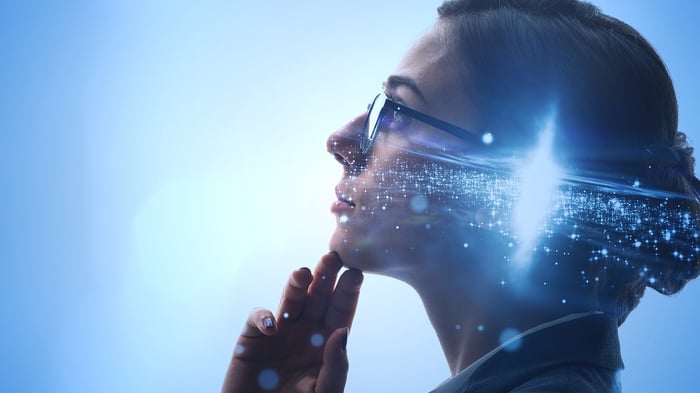 2020 has not been a good year for Biogen. In November, a panel of experts at the U.S. Food and Drug Administration (FDA) voted unanimously that the company's experimental drug used to treat Alzheimer's, aducanumab, did not achieve efficacy in a key phase 3 study.

Adding insult to injury, the company also lost a litigation battle that resulted in the invalidation of its U.S. patents protecting Tecfidera, a multiple sclerosis drug. Tecfidera accounted for approximately half of Biogen's revenues. In the third quarter of 2020, the drug's sales declined by 15% year over year due to the launch of multiple generic competitors.

Luckily, investors who are keen on value can rejoice after seeing Biogen at these prices. Even assuming Biogen loses half of its earnings in the future due to the loss of Tecfidera's exclusivity in the U.S., the stock still trades for about 14 times free cash flow. This indicates that bad news has already been reflected, or even over discounted, in the share price.

The company still has 29 clinical programs in its pipeline outside of aducanumab, including seven phase 3/late stage candidates. For investors looking for biotech stocks on the cheap, Biogen is an enticing option.

In October, ByteDance, the Chinese tech giant that owns Tiktok, pulled the plug on its use of Fastly's content delivery network (for its videos) due to uncertainty in its political climate. Right now, it is still uncertain whether the Trump administration wants to ban the app in the U.S. altogether, force it to change hands to a U.S. owner or prohibit U.S. companies such as Fastly to do business with its parent. It is also unclear if the upcoming Biden administration will rescind President Trump's policies toward Tiktok or keep them in place.

Losing its biggest customer was a devastating blow to Fastly. This year, Tiktok accounted for approximately 12% of the company's revenues. Seeing how ByteDance more than doubled its sales in 2019 (to $17 billion), one can deduce that Fastly lost a disproportionate amount of its growth momentum as well.

The saving grace is that Fastly is arguably one of the best companies in edge computing, and investors can now buy the stock on the cheap after a 35% plunge from all-time highs. Despite losing ByteDance, Fastly still grew its revenues by 42% year over year in Q3 2020, to $71 million.

Furthermore, the company managed to add about 100 customers, ending its total client base at 2,047. Approximately 88% of Fastly's revenue comes from businesses, with those customers spending an average of $753,000 per entity.

That's not all; the company's platform currently has a net retention rate of 147%, indicating that existing customers are spending significantly more for Fastly's services over time. If you missed out on the company's 246% run-up over the past year and want to buy the dip, now is a perfect time.

Much like Blockbuster, Gamestop's business model is largely archaic in the sense that video games are now widely available for download online instead of people having to grab them off store shelves. In Q2 2020, the company's revenues declined by more than 26% year over year to $942 million, mainly due to the lack of foot traffic among its 5,000 stores.

What's surprising, however, is the fact that Gamestop posted a profit of $181.9 million (in terms of free cash flow) during this time. That's less than seven times the company's market capitalization, and it is only for one-quarter of results!

Due to an 800% surge in e-commerce sales, strategic store closures, and optimized inventory management, its financial positioning is improving dramatically. As of Aug 1, the company's cash balance exceeds its debt by over $200 million.

By all means, Gamestop does not have the hallmarks of a company that is about to go bankrupt due to outdated technology. In October, Gamestop announced a partnership with Microsoft to use the tech giant's cloud platform and enterprise solutions to modernize its stores. More importantly, Gamestop would get a percentage cut of all digital sales from Xbox consoles, including subscriptions, game downloads, DLC purchases, and more.

That's quite the lifeline indeed for both the business and investors holding the stock waiting for returns. After more than five years of consistent decline, the stock is up over 164% year to date. The momentum is far from over, as many are still skeptical of Gamestop's potential going forward. The company will report Q3 2020 earnings on Dec. 8.