On Nov. 24, the Dow Jones Industrial Average (DJINDICES:^DJI) broke the 30,000 mark for the first time in history as Microsoft and Boeing carried the index higher. Yet even with the bump, the DJIA is underperforming the S&P 500 and the Nasdaq Composite. In fact, it isn't even close.

The DJIA matters, but not as much as you might think. Here's why the S&P 500 and the Nasdaq could continue to outperform the Dow for years to come. 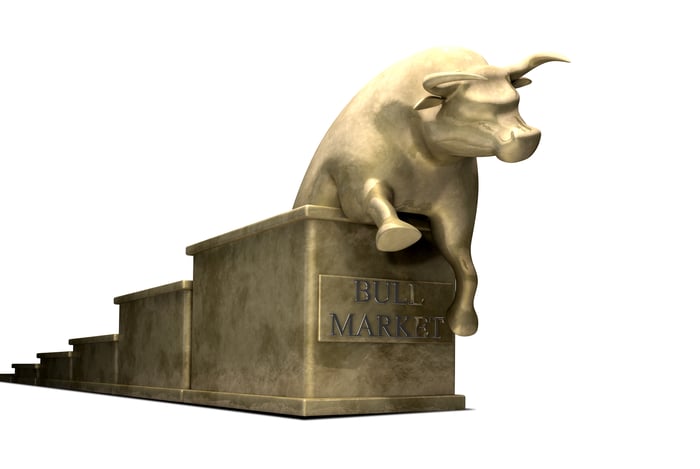 Anatomy of the DJIA

The DJIA has 30 companies. Here's a breakdown by sector: 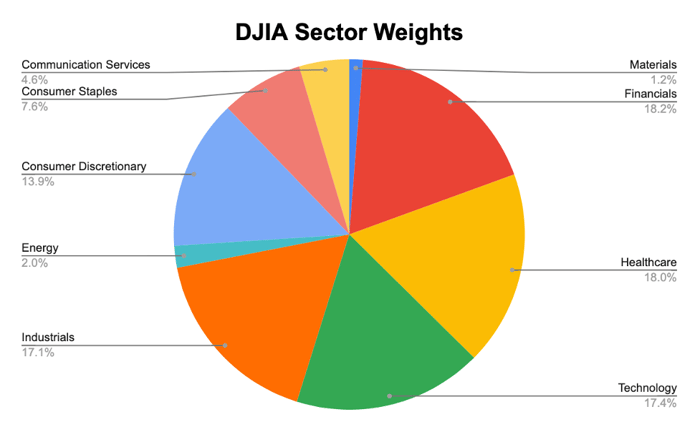 Apple's (NASDAQ:AAPL) strong 2020 performance put the company's market capitalization briefly over $2 trillion. It also pole-vaulted its stock price over $500 a share, making it the largest component of the DJIA. In some instances, this was a good thing as technology continues to comprise a larger share of the U.S. economy and Apple is the largest U.S. company by market cap. But Apple's 4-for-1 stock split meant that technology would get less representation in the Dow.

On Aug. 31, salesforce.com, Amgen, and Honeywell were added to the Dow, replacing ExxonMobil (NYSE:XOM), Pfizer, and Raytheon Technologies, respectively. The move was meant to offset Apple's diluted weight by adding representation to technology through Salesforce and, to some degree, Honeywell. Honeywell is an industrial stock that continues to invest heavily in informational technology (IT), advancing the sophistication of its components, products, and operational technology (OT).

Even with the adjustments, the DJIA underweighs technology and communication services and overweighs financials, industrials, and healthcare compared to the S&P 500. Its weights for consumer discretionary and consumer staples are nearly identical. 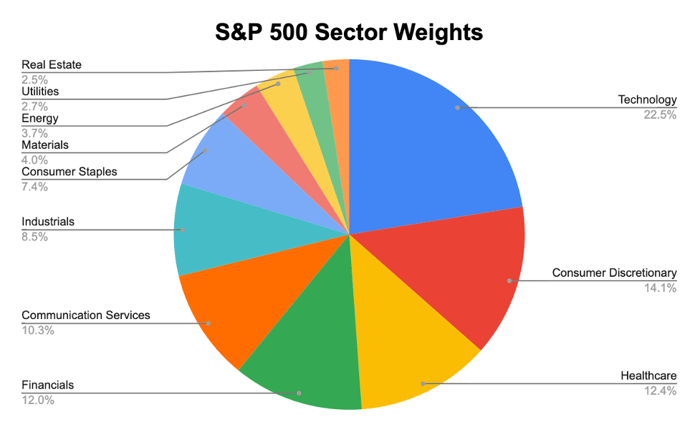 The Dow Jones Industrial Average is widely quoted for a number of reasons. Its over 120-year tenure makes it one of the oldest and most globally recognized indexes. Being a part of the Dow means that a company is regarded as an industry leader -- an ambassador of its sector.

The Dow brings honor to new additions and shame to companies that are kicked out. The best recent example of this is when Exxon was removed from the Dow after nearly 100 years. Exxon's removal didn't really affect its stock price, but its removal was symbolic of the declining relevance of oil and gas in the overall economy. It's also a bit of a slap in the face, seeing as Chevron is now the last oil stock in the Dow.

Aside from bragging rights, the Dow's round numbers make for catchy headlines. A 100-point swing may sound dramatic, but in reality, it moves the index less than 0.5%. Similarly, the Dow surpassing 30,000 sounds like a big event when it really doesn't matter that much. The bigger story is how the DJIA has underperformed the S&P 500 and the Nasdaq. 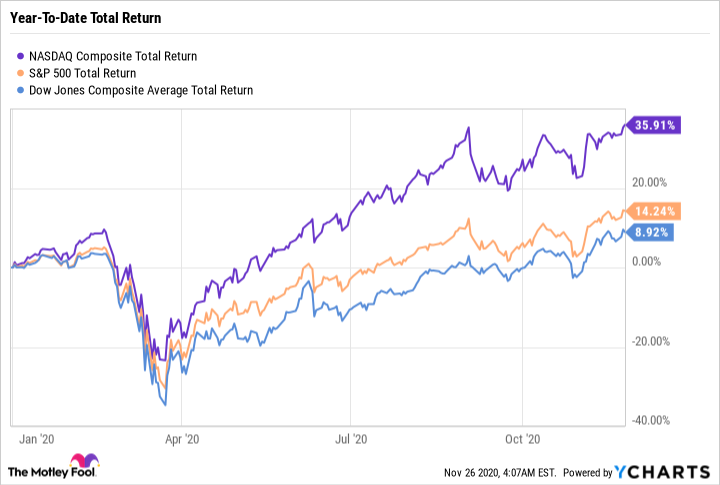 Stay-at-home stocks and dependence on virtual communication services, e-commerce, and a swath of other trends have fueled the Nasdaq's impressive performance. But the trend is nothing new. Over the past 10 years, the Nasdaq has produced a total return of 340% compared to the S&P 500's 202% total return and the DJIA's 176% return.

Tech continues to comprise a larger percentage of the U.S. economy, which could be one reason why this trend could continue. The Nasdaq is synonymous with growth stocks. They are volatile but can outperform more established dividend stocks like the ones in the Dow over the long term.

Even though the Nasdaq's growth prospects look appealing, they aren't for everyone. Growth stocks can be hit or miss whereas many dividend stocks provide income in good times and bad -- which can make them better for conservative investors and retirees.

What's more, eight of the 30 stocks in the Dow are Dividend Aristocrats, meaning they have increased their dividends for at least 25 consecutive years. Dividend Aristocrats add an extra layer of security and trust that the company is committed to sustaining and raising its dividend.

Dow 30,000 is a historic milestone, but it represents the markets less than a lot of folks realize. However, what makes Dow 30,000 interesting is that it occurred during the middle of a global pandemic. Few analysts would have predicted the stock market's impressive run since March.

Longstanding members of the Dow deserve bragging rights. But Exxon's removal proved that it can all be taken away in a flash. Investors should track and compare their performance to the Nasdaq or the S&P 500 instead of the Dow.