It seems Apple (NASDAQ:AAPL) is determined to forge a lead in the endless race for greater computer processing speed and power. Citing "people familiar with the matter," a report from Bloomberg on Monday said that the company is currently developing new processors that would be significantly faster than those made by former partner and current rival Intel (NASDAQ:INTC).

Last month, Apple unveiled the first of its new M1 line of chips, which were developed in-house and will power the company's upcoming MacBook Pro and MacBook Air laptop models, in addition to its Mac Mini desktop. The new M1s could be introduced as early as 2021. These would top the speeds of Intel's fastest processors, according to the article's sources. 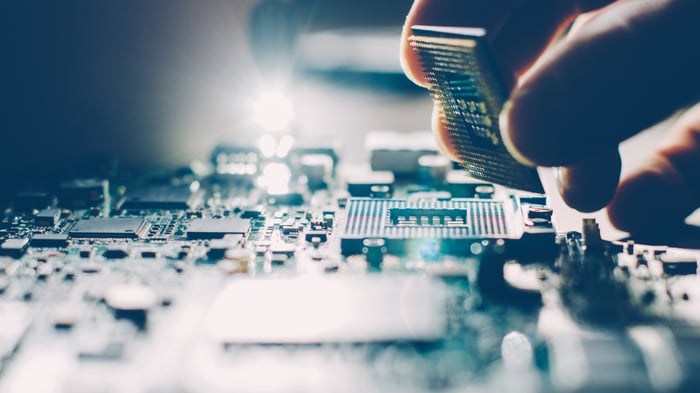 At the moment, recent-generation Apple desktops and laptops run on Intel processors under a long-standing agreement between the two companies. The transition from Intel chips to purely Apple ones should be complete in 2022, according to the latter company.

Apple developed and designed the M1, but it is outsourcing the manufacturing of the chips. These duties are the responsibility of Taiwan Semiconductor Manufacturing, the company that has overtaken Intel as the world's top maker of processors. For many years, Intel was the global leader in manufacturing and selling such chips, with longtime rival Advanced Micro Devices following distantly behind.

In contrast to the Intel chips based on the classic x86 architecture, Apple's M1 is based on more mobile-friendly processor technology licensed from U.K. company Arm.

Apple declined to comment on the Bloomberg story. Intel also hasn't officially responded to it.