Not only does the Japanese tech giant shore up cash on the sale, it still gets a piece of the action.

In mid-September, SoftBank (SFTB.Y -3.22%) and NVIDIA (NVDA 5.14%) announced that NVIDIA would buy chipmaker Arm Holdings from SoftBank in a stunningly expensive transaction valued at $40 billion. Billed as possibly the priciest semiconductor sale to date, the deal comes only four years after SoftBank acquired the valuable British-run chip company for $31.4 billion.

Why, then, is SoftBank selling one of its most prized holdings?

As a multinational conglomerate with numerous investments in the technology, energy, and financial sectors, SoftBank's finances took a hit this year. The company reported record operating losses on investments in WeWork and Uber Technologies, and it reportedly needs even more funds to prop up the start-ups under its tech-focused venture capital fund VisionFund that have been hard-pressed during the pandemic. The company is also seeking to pay down its growing debt level, as current liabilities increased by 63% from fiscal 2018 to 2019. 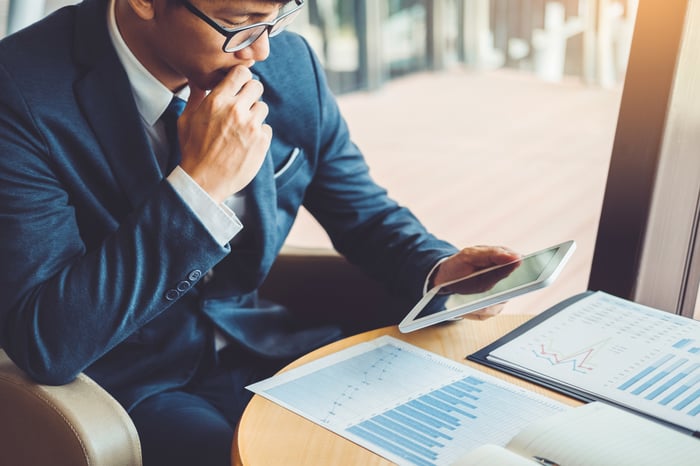 Consequently, SoftBank has recently divested its interests in Alibaba and T-Mobile US, hoping to pull in more cash and shore up a more defensive position to compensate for the losses at the end of fiscal year 2019. As a result, although net sales for the first quarter of fiscal year 2020 were down 2% year over year, net income increased by 12%.

However, while selling SoftBank's stake in Arm would make sense financially, does it really benefit the Japanese multinational in the long run?

In fact, this sale of Arm Holdings to NVIDIA benefits all parties involved. The deal is structured such that NVIDIA will pay SoftBank $12 billion in cash, of which $2 billion is payable at signing, and $21.5 billion in NVIDIA common stock, an ownership stake expected to be worth under 10%. Arm benefits as well, since NVIDIA will also be issuing $1.5 billion in equity to all Arm employees under the terms of the transaction.

Ultimately, SoftBank has made a smart move on this deal. NVIDIA should profit easily, as it capitalizes on the rapidly growing use of Arm-designed chips in various products (especially smartphones) to create a supportive ecosystem, which could help fuel NVIDIA's expansion into large, high-growth markets. But on SoftBank's side, the company will have turned a tidy profit of $8 billion from purchase to sale, excluding the unknown amount it may have invested in Arm over the past four years, and it still will maintain an ownership stake in NVIDIA. Furthermore, Arm's Internet of Things Services Group is not included in the deal, and that's the part of Arm that enticed SoftBank CEO Masayoshi Son to purchase the chipmaker in the first place.

Technically speaking, SoftBank is selling its prized holding to itself, since it still gets to be in charge -- albeit on a significantly smaller scale than before.

So, in the end, SoftBank is able to pull in much-needed cash and does not need to lose all its stake in a company that not only performs very well but was also previously vaunted as a key building block to SoftBank's vision of our interconnected future. The tech stock giant may be on the long road to a distant future, but at the very least, this deal has all the facets of a winning move for the short term.