The coronavirus pandemic shined more light on the biopharmaceutical industry this year than anyone can remember. While potential new vaccines and treatments aimed at COVID-19 have been the big stars, companies focused on treating cancer have had a pretty good run as well.

These are the top five performers in the oncology niche so far this year.

Here's why investors have been pushing their stock prices through the roof. 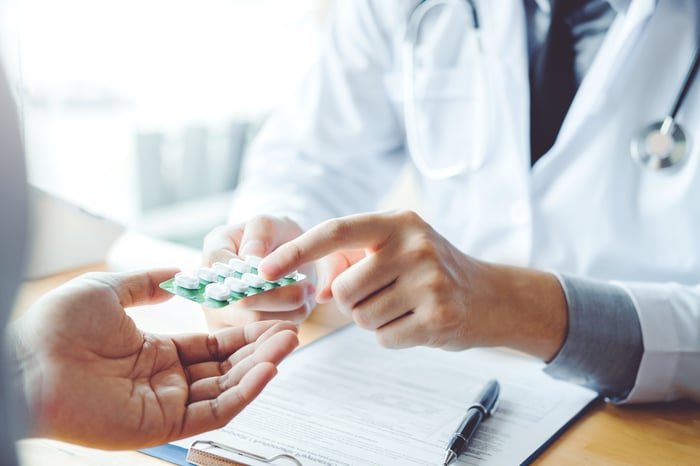 As a general rule, The Motley Fool avoids mentioning companies with market caps under $200 million. As a tiny business worth around $11 million at the beginning of 2020, Cardiff Oncology wasn't on many radar screens until this September when the company announced early but encouraging results from a clinical trial with its lead candidate, onvansertib, and advanced-stage colon cancer patients.

Onvansertib inhibits a protein called Polo-like kinase 1 (PLK1) and adding it to Avastin plus standard chemotherapy has succeeded beyond expectations. Among the first colon cancer patients treated with onvansertib plus standard care, four had smaller tumors, four had tumors that hadn't grown, and one proceeded to curative surgery. Getting just a couple of these patients to respond would be impressive, so investors viewed the complete lack of disease progression as an extremely positive signal.

Early signs of efficacy gleaned from small cancer trials need to be taken with a large grain of salt. While it looks like adding onvansertib to standard care provided a benefit, Cardiff's study didn't include a control group that received standard care plus a placebo for comparison.

Like Cardiff, Trillium Therapeutics is a clinical-stage biotech that began 2020 with a tiny market value. Shares of Trillium have exploded higher this year in response to the company's novel CD47 blockers, TTI-621 and TTI-622.

Tumor cells often overexpress CD47 on their surface, and it helps them to evade being eaten by the immune system. Unfortunately, healthy red blood cells rely on the same protein which led to toxicity issues for previous anti-CD74 antibodies.

Trillium Therapeutics has inspired a great deal of bullish biotech investors with results from dose-determination trials that suggest its approach will safely shrink tumors when used in combination with other treatments that incite an immune response. This is because TTI-622 hasn't caused issues associated with previous anti-CD74 candidates and the dose determination study is already up to 12 milligrams per kilogram of body weight. Signs of efficacy in a dosage cohort that received around 1 milligram of TTI-622 per kilogram of body weight were also encouraging. 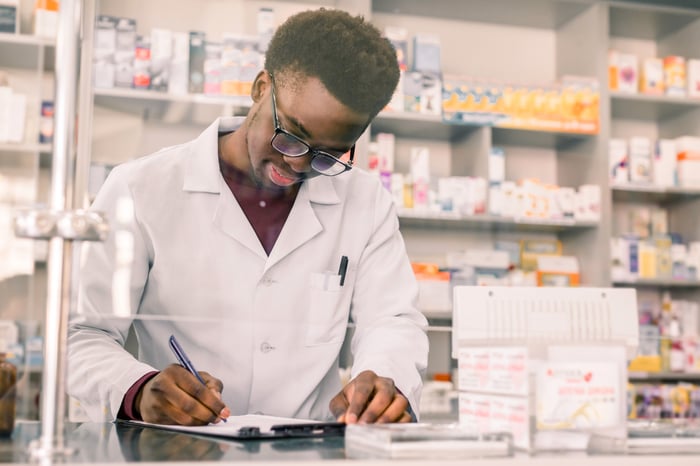 This is another clinical-stage cancer drug developer that began 2020 with a tiny market cap that has grown along with enthusiasm for its experimental cancer therapies. Unlike Trillium and Cardiff, though, the data pushing up Surface Oncology's stock price isn't great.

Surface Oncology reported one lung cancer patient in an ongoing phase 1 trial remained stable after five months of treatment with SRF617, but that's the best result so far among nine patients in the ascending dose trial. This year, the company also reported one patient with kidney cancer didn't worsen during a phase 1 study that has treated nine cancer patients with ascending doses of SRF388. This is an IL-27 inhibitor that achieved maximal inhibition of the IL-27 pathway at one of the higher doses tested so far, but that hasn't been associated with any tumor shrinkage yet.

This company's developing antibodies drug conjugates (ADC) that target NaPi2b, a protein often found on the tumors of patients with ovarian cancer. Mersana's ADC carries a miniature dose of chemotherapy that doesn't drop until it reaches its target, sparing healthy tissues in the process.

In a phase 1 trial, treatment with Mersana Therapeutics' lead candidate XMT-1536, shrank tumors for 34% of ovarian patients with disease that relapsed or never responded to previous lines of treatment. The company is advancing another NaPi2b-targeting ADC called XMT-1592 that is linked to a different type of chemo and it could outperform its older brother.

So far, we've seen trial results from just 29 evaluable ovarian cancer patients treated with XMT-1536. Later this month, though, the company expects to report efficacy data from around 40 to 45 patients and the stock will continue its climb if XMT-1536 shows signs of durability.

This company's developing bemarituzumab, an antibody intended to stall tumor growth by reducing activation of fibroblast growth factors. Unlike the other companies on this list, Five Prime Therapeutics has some evidence of a survival benefit for its lead candidate.

Shares of Five Prime began soaring in November when the company reported positive topline results from a phase 2 clinical trial for previously untreated stomach cancer patients. Adding bemarituzumab to standard care reduced their risk of death by 42% compared to treatment with the usual cocktail of chemotherapy drugs on their own.

Stomach cancer is the world's third deadliest malignancy, but first-line treatment options haven't improved in decades. The FDA could ask for results from another study before considering an approval, but it looks like Five Prime's lead candidate is on the right track.

It's hard to look at stocks that have recently soared without feeling like you're missing out. Buying stocks just because they've been going up, though, is a good way to lose a lot of money. Investors want to understand all the risks before they think about buying these fast-moving cancer stocks.