Many seasoned investors like to take stock of their holdings at the end of each year. December is your last chance to make tax management moves, and it generally makes sense to organize your financial planning around the calendar year. It's the holiday season, after all. What better time is there to give yourself the gift that will keep on giving for years and years?

If you're wondering what stocks you should put in your own stocking this year, I'm here to give you a handful of great ideas in the entertainment sector. Here are my top media stocks of the moment, and why you should buy them in December. 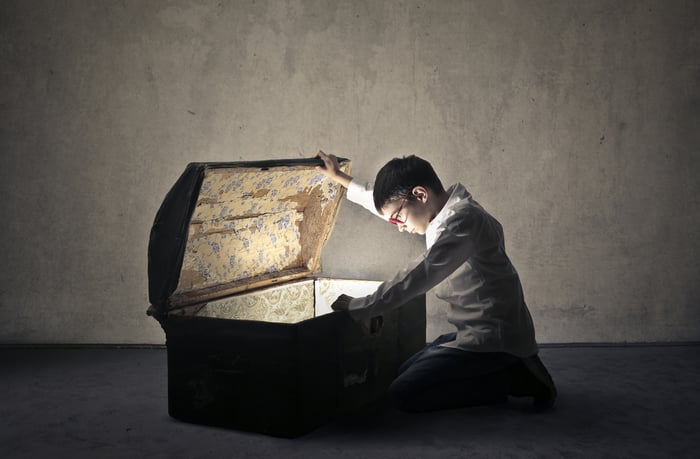 Streaming video veteran Netflix (NASDAQ:NFLX) has had a great year in 2020. Forced to find entertainment options at home during the COVID-19 lockdowns of the spring, millions of people around the world signed up for Netflix accounts. The skyrocketing subscriber growth slowed down over the summer, but this year will still go down as a record-breaking growth event in Netflix's corporate history.

The pandemic also forced Netflix to pause its production of original content for a few months, resulting in positive free cash flows for the first time since the summer of 2014. That was never Netflix's plan, as the company prefers to sink every available penny of extra cash into making more original content. Over time, the content library attracts and retains a large subscriber base. Intentional cash profits will follow in a couple of years, giving traditional value investors something to chew on. The overarching plan for Netflix, though, is to maximize subscriber growth through the creation of exclusive, high-quality films and shows.

If you want to watch Stranger Things or The Queen's Gambit, this is the only place to go. Consumers who sign up for one of those headline-worthy hit shows might have planned to unsubscribe as soon as they finish their favorite series, but Netflix could keep them around if they stumble across another interesting piece of content -- and another, and another. The company isn't pinning its hopes on a single banner name like HBO used to do with Game of Thrones or AMC Networks (NASDAQ:AMCX) with The Walking Dead. Instead, Netflix wants to have good content available in every niche. Whatever you're into, there should be a Netflix Original waiting for you.

This strategy has worked wonders since 2014 when Netflix kicked its original content production budget into high gear. Yes, that date coincides with the start of Netflix's cash-burning era. Netflix is building a media empire for the ages, and you have to spend some money now to make much more money later.

Mr. Market has focused on the slower subscriber addition figures in recent months, leaving Netflix shares trading sideways since the middle of summer. Don't forget that the stock has quadrupled in five years and delivered an astonishing return of nearly 1,800% over the last decade. The Netflix growth story is far from over, and you should take advantage of stalled share prices while they last. 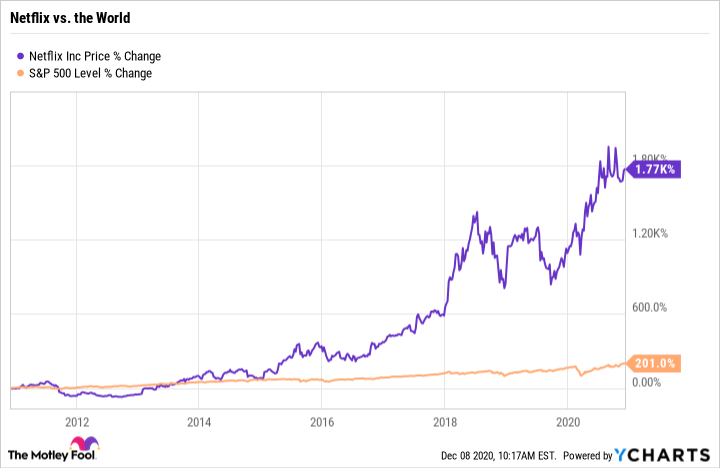 2. The Mouse will be back

Media giant Walt Disney (NYSE:DIS) had to close its theme parks and resorts in the spring due to coronavirus lockdowns. Movie theaters also shuttered, so Disney's completed films had no silver screens to call home. The stock crashed hard and is only now climbing back to where it was in February.

The financial damage from this pandemic will be felt in Disney's financial statements for years to come. The company is nothing if not resilient, though. The global health crisis happened to coincide with the rise of Disney's video-streaming ambitions.

The twin movie services of Disney+ and Hulu added up to 110 million subscribers in the fourth quarter, or 120 million if you also include the ESPN+ live sports service. That's still a long way behind Netflix, which had 195 million paid memberships in its latest earnings report, but it's a fantastic start. A year earlier, Disney+ didn't exist and the other two services reported just 32 million total subscribers.

Disney's culture-defining hold on both American and global consumers is not going away. The struggling theme parks will find a way to thrive again. In the meantime, Disney is building a digital streaming presence to rival Netflix's budding empire. In the long run, Disney is no stranger to shifting market landscapes and the company has adapted itself to meet difficult challenges before. The COVID-19 pandemic is no different, and the streaming video platforms have provided Disney with a clear path ahead.

This fallen giant will not stay down for long. Walt Disney was a downright fantastic buy in the summer of 2020, but it's still a great value after the partial recovery we've seen in recent months. 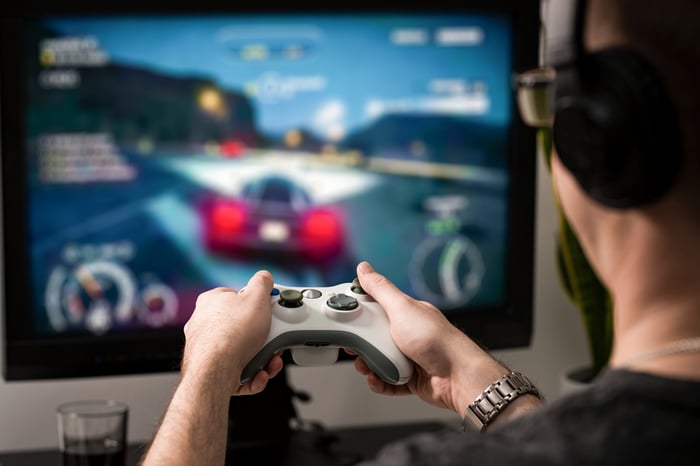 According to market research firm NPD Group, 80% of all American consumers played video games in the last six months. With new gaming consoles on store shelves again, the video game industry is about to experience another bumper crop of a year. Inveterate game studio Electronic Arts (NASDAQ:EA) is perfectly positioned to make the most of this unique moment in history.

At the same time, the stock seems to be stuck in neutral. Electronic Arts shares are available today for the same price seen in early June. Let me translate that from Wall Streetese to English: Electronic Arts is too cheap today and you should buy the stock.

Just like Disney and Netflix, this company has created a huge portfolio of crowd-pleasing titles. In this case, the top franchises are game series such as Madden NFL and Command & Conquer. The company also manages various Star Wars titles in partnership with Walt Disney. Looking ahead, Electronic Arts plans to release six titles for the next-generation gaming systems in 2021. Its development pipeline is bustling with mobile and streaming gaming ideas.