Earlier this month, McDonald's (NYSE:MCD) announced it would be raising prices on its franchisees as a part of its "Bigger Bolder Vision 2020 Plan." This has angered some of its 36,000 individual restaurant owners, with some saying they were "blindsided" by the decision. Should investors be worried about this price hike?

What the changes are

According to a company email obtained by Business Insider, McDonald's is planning to change its franchise fee structure in three ways: 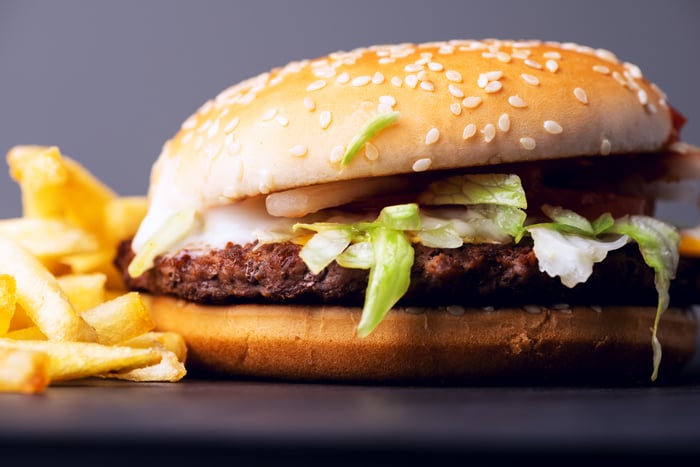 Ninety-three percent of the company's restaurants are franchised, so these new fees are a big deal for its partners. Restaurant owners make around $150,000 in profits each year per location after paying for food, supplies, and employees, according to the food industry website Mashed, so adding $12,000 in fees would, on average, decrease franchise profits by 8% in 2021. That is a tough pill for these entrepreneurs to swallow, especially in the middle of the COVID-19 pandemic.

In the short run, McDonald's investors may be delighted by these fee changes. With 36,000 franchised locations sending an extra $12,000 back to corporate headquarters, that would be $432 million in extra revenue for McDonald's in 2021 and around $250 million in new revenue each year after.

However, in the long run, squeezing its partners may jeopardize McDonald's relationship with its restaurants. One operator was quoted by the Restaurant Business website saying, "I really feel as if McDonald's and operators were on the same team," but that after these announcements, "it feels like we are on opposite teams."

Optimizing for short-term profits and angering the people who interact with its customers millions of times a day during a pandemic is playing with fire, and the company is almost asking for franchisees to revolt. It also may cause McDonald's to lose quality owners to competitors, which in turn could lead to a decrease in service quality at its locations.

And it is not like McDonald's is in need of this extra cash right now. The company brought in $1.75 billion in income last quarter, up 10% from the prior year. Can its franchisees say the same? In all likelihood, no.

While these new fees will increase sales for McDonald's and potentially expand its profit margins in the short run, adding costs without returning an equivalent amount of value is not a recipe for success in the long-term. The company should be focused on increasing stakeholder value, meaning that it is not only focused on helping its shareholders but all the constituents in its business. Investors in McDonald's may need to worry if the company continues to lose sight of this in the coming years.