The fast-food chain plans to invest more money in growth, but franchisees are angry.

"The ketchup has hit the fan" according to a former executive from the fast food chain speaking to Business Insider after McDonald's ( MCD 0.21% ) angered some of its franchisees with a memo indicating they will bear more costs in 2021. The Golden Arches said it has made "difficult decisions" to "invest our dollars where they will have the greatest impact to the system," according to the internal memo reported by Bloomberg.

Franchisees will take on more expenses in three different ways. McDonald's now expects its franchisees to pay technology investment expenses it previously covered, dishing out $423 monthly between March 2021 and March 2022, or make a lump-sum payment of the entire $5,076. While reports do not specify, this payment may be per restaurant. 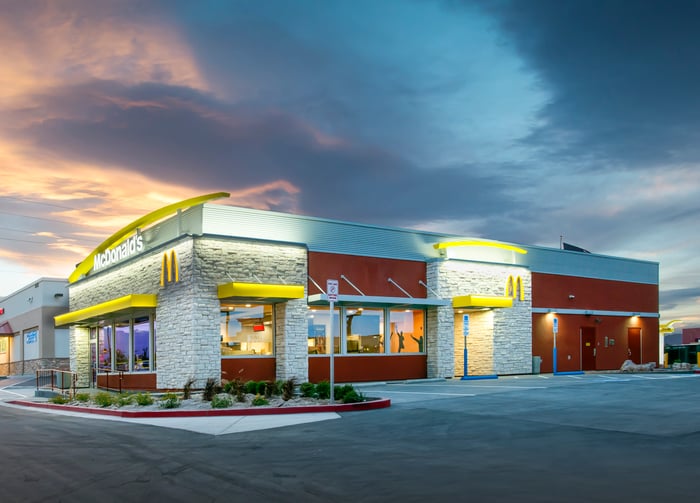 Additionally, McDonald's will begin requiring franchisees to pay part of the worker career training program, Archways to Opportunity, starting in the same month, rather than covering 100% of the cost as it did previously. Finally, in a move some franchisees told Business Insider could cause a Happy Meal price hike, the company is ending a $300 monthly Happy Meal subsidy.

The National Franchisee Leadership Alliance (NFLA) says no franchisees have spoken in support of the new measures and more than 100 had denounced them. The same former executive who described the event as "ketchup hitting the fan" said "this team has to go," apparently referring to McDonald's current executive leadership.

McDonald's, like other restaurant chains, took a significant hit from COVID-19, but managed to weather the storm due to its scale, well-developed drive-thru service, and other features. Shifting some costs onto franchisees could potentially help drive additional growth moving forward, particularly if the franchisees' objections ultimately prove toothless.