Up more than 45% in the past three months, HEXO (NASDAQ:HEXO) and Trulieve Cannabis (CNSX:TRUL)(OTC:TCNNF) have investors talking. In a short period of time, both companies have generated spectacular results in their business operations and show no signs of slowing down. Such performances are especially stunning considering HEXO and Trulieve were founded less than a decade ago.

They are also trading at very lucrative metrics and are arguably very undervalued compared to their future potential. Is one better than the other, or are both companies solid choices for marijuana investors? Let's find out together. 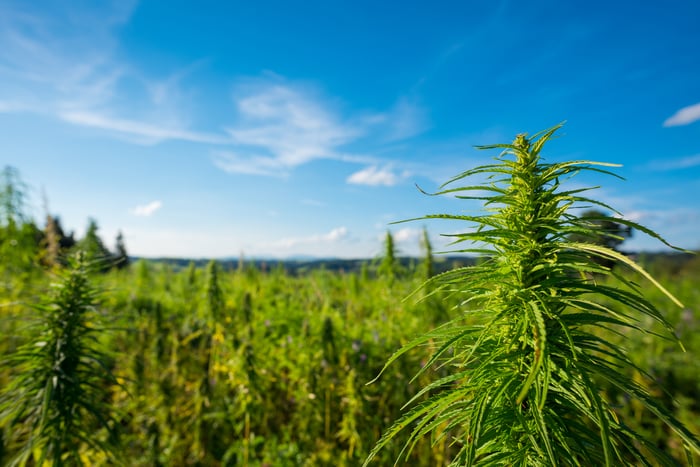 HEXO is a seller of premium dried flowers, oils, vapes, and cannabis-infused beverages. The company holds the leading market share in the Canadian province of Quebec. In the first quarter of 2021 (ended Oct. 31), HEXO's sales grew by a stunning 103% year over year to 29.5 million Canadian dollars.

The company also managed to cut its operating loss from CA$60.5 million to just CA$2.6 million in the same period. Aside from having wildly popular dried cannabis brands, HEXO's partnership with Molson Coors (NYSE:TAP) to develop pot-based beverages has also earned the business new bragging rights.

During the quarter, HEXO's beverage segment brought in CA$3 million in revenue, up 54% from the quarter prior. In fact, the company now holds the top cannabis beverage brand in all of Canada through the new venture, which is called Truss, unseating previous title-holder, Canopy Growth (NASDAQ:CGC).

Trulieve is a U.S. pot company that has expanded to 73 stores across six states since its inception in 2015. The company dominates the medical cannabis market in Florida, where it currently has a 52% market share. Prominent cannabis research firm BDSA estimates that marijuana sales in the Sunshine State will grow by over 25% per year from 2019 and hit a $2.6 billion valuation in 2025.

That's a massive opportunity for Trulieve to expand its brand even further. Right now, 79% of the company's consumers are repeat customers. It also serves about 1,500 new medical cannabis patients every month. Customers purchased an average of $3,900 worth of cannabis per year from Trulieve's dispensaries in 2019, which was up substantially from the $2,800 they spent in 2018.

For 2020, the company is on track to generate up to $485 million in revenue and $225 million in operating income less non-cash expenses (EBITDA). Those are massive increases compared to the $225 million in sales and $132.5 million in EBITDA it brought in 2019.

HEXO is definitely the better value stock at its valuation of 5.5 times sales and 1.2 times book value. Meanwhile, Trulieve is the ideal bet for growth investors, as the company has been profitable since 2017 and stands to benefit more easily from an expanding state-by-state market in the U.S. This more than justifies its premium of 8.9 times sales, 9.3 times net assets, and 57 times earnings.

At the end of the day, Trulieve and HEXO are both market leaders in key regions of the U.S. and Canada, respectively. They are also demonstrating substantial revenue growth with reputable brands and are trading at decent metrics. If you have a big enough appetite for marijuana stocks, consider adding both to your investment portfolio. But if you're looking to buy only one, and buy it low -- and one day sell very, very high -- you probably won't be disappointed if you place your faith in the cheaper and better established option, HEXO.