Dividend-paying stocks can be a good way to help you generate income, providing the companies are reliable payers. While most of them make quarterly distributions, you actually don't have to wait three months for your money. That's because there are stocks that pay their dividends every month.

If that appeals to you, here are three good options to consider. 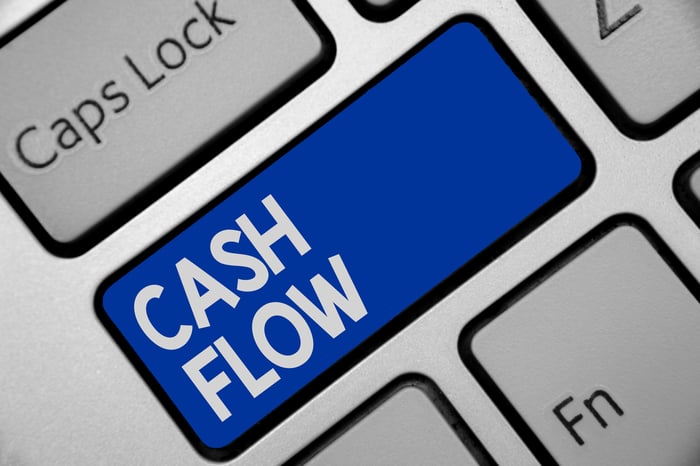 Realty Income (NYSE:O), which calls itself "The Monthly Dividend Company," has been in business for more than half a century. The company is a real estate investment trust (REIT), which makes it a great choice for income-seeking investors since government rules require that REITs pay out 90% of their taxable income as dividends.

Realty Income rents the majority of its approximately 6,600 properties to single commercial tenants. Management seeks to diversify its risk by leasing to about 300 different companies spanning 50 industries, and it looks to sign long-term leases with tenants that have multiple sources of revenue and strong cash flow. Its major occupants includes large, successful companies like Walgreens Boots Alliance and Dollar General. Is it working? Despite the pandemic, Realty Income's occupancy rate was 98.6% at the end of the third quarter.

Realty Income is a Dividend Aristocrat. Besides paying out monthly dividends, it frequently raises the payment multiple times per year. Most recently, the company announced it was increasing January's dividend from $0.234 to $0.235. At Thursday's closing price, this works out to a 4.6% yield.

The company may have only slightly boosted the payout, but that makes 109 raises since it went public in 1994. You should also remember that this latest move comes during difficult times, and other REITs are not doing nearly as well, with some forced to cut their dividends.

Stag Industrial (NYSE:STAG) is a REIT that owns single-tenant industrial properties. While this would seem like a troubled space given the pandemic and economic fallout, Stag is actually in pretty good shape. There are a few good reasons.

First, Stag diversifies across the U.S. and multiple industries. Next, its rents to many entities, helping offset weakness from any one company. While online giant Amazon accounts for the largest portion of Stag's rental income, it is less than 2%. Stag also counts other major entities, such as the U.S. government's General Services Administration, as tenants, and the company typically signs them to long-term deals. Lastly, with its warehouses and distribution centers, Stag is benefiting from the boom in e-commerce.

At the end of the third quarter, its occupancy rate was about 97%.

SL Green Realty (NYSE:SLG) is a REIT that primarily owns commercial properties in midtown Manhattan. In fact, the company owns the most office space in the borough. And for those of you who aren't used to seeing SL Green listed among monthly dividend payers, it just started this year.

COVID-19 has caused a massive shift from office work to anywhere work. Yet SL Green collected nearly 93% of the monthly payments its tenants owed during the third quarter. This was up from about 92% in the prior period. Some think remote working will continue and businesses will rent less space going forward. Right now, I'm not concerned. After all, SL Green inked 33 new leases in the most recent period. In fact, the company recently announced that it was increasing its monthly dividend from $0.295 to $0.303, which is a 6% yield at Thursday's prices. Also, the company is declaring a special $2 dividend, paid in stock.

Perhaps you like the comfort of receiving a check every month or it helps you manage your finances. Whatever your reason, if you're looking for frequent dividends, these three REITs have good tenants, strong cash flow, and decent yields.