I made some bold predictions on the final trading day of the third quarter. I thought I had a good read on three things that would happen during the fourth quarter. I whiffed on all three.

Let's go over my predictions for the fourth quarter and what actually happened. 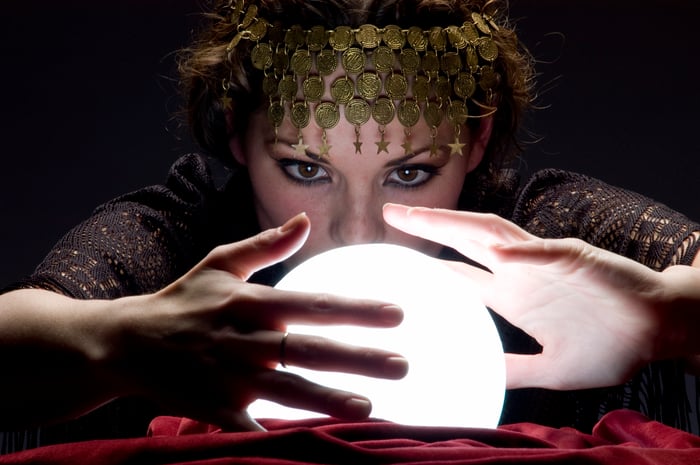 Every Disney (NYSE:DIS) theme park outside of California was open three months ago. With the heat starting to turn up on California's governor at the time, it seemed like the original Disneyland and its adjacent Disney's California Adventure would follow the lead of its fellow gated attractions. That didn't happen. There's no telling when Disneyland California will begin entertaining guests again.

Despite the ongoing rollout of a pair of COVID-19 vaccines, we're far from out of the woods on the pandemic front. Case counts are surging. Disney parks in Paris and Hong Kong have also recently joined in on the temporary closures.

It seems almost certain that Disney's original theme park will reopen in 2021, but trying to guess exactly when isn't easy. Florida opened its much larger resort without any major outbreaks directly tied to in-park visits, but California is not going to budge on its stance.

2. Google will complete the purchase of Fitbit

It's been more than a year since Alphabet's (NASDAQ:GOOG) (NASDAQ:GOOGL) Google announced a $2.1 billion deal for Fitbit (NYSE:FIT). The acquisition was originally expected to close at some point in 2020. Despite some regulatory concerns, it seemed like a smart call to expect finalization in the fourth quarter.

By late October, Fitbit's own CEO was confident that the deal would close at some point in 2020. When the European Union finally gave the deal its blessing two weeks ago, we were going to cut it close. However, last week the Australian Competition and Consumer Commission announced that it wouldn't accept a long-term behavioral undertaking that Google had offered the overseas antitrust regulators to ease competition concerns. We're closing in on the finish line, but it doesn't seem like it's going to happen in 2020.

3. Stocks will decline in the fourth quarter

Considering the pandemic and the lingering recession, it was a refreshing surprise to see the market climbing through the first nine months of the year. I figured that a correction was justified and ultimately healthy for the market.

If you've seen your portfolio bubble higher in the past three months, you know how poorly that prediction played out. The S&P 500 has soared nearly 11% higher in the fourth quarter heading into the final trading day of the year. I can't complain about being wrong on this call. My portfolio is smiling right now. My crystal ball, on the other hand, can use some polishing.