This has been a wild and ultimately unpredictable year, so why not do one last unpredictable thing by trying to predict things that will happen in the next three months.

It's been a wild first nine months to start 2020. Why would the final three months be any different? There's been a lot going on this year, and we're now heading into the final quarter. I hope you're still buckled up.

The market is unpredictable, but it doesn't mean that we can't bring out a crystal ball and take a stab at how things will play out. Investing is, after all, largely the art of predicting the future. I have a few things that I see likely happening in the fourth quarter. Let's see if you agree with me or not. 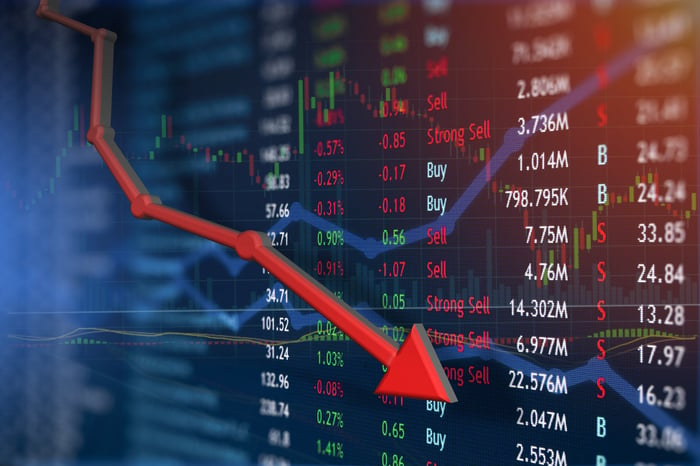 Every single Disney (DIS 0.72%) theme park has reopened except the two gated attractions at the industry leader's original Disneyland resort in California. Disneyland and Disney's California Adventure have been closed since mid-March. They've been shuttered for more than half a year at this point. Why should the next three months be any different?

Well, for starters, the heat is starting to turn up on California's governor. When Disneyland set a July 17 reopening date, only to be told that it would not be possible, the House of Mouse took it in stride. But with Disney now publicly calling out California leaders for keeping its theme parks closed, how long is this likely to continue?

On Tuesday, Disney announced layoffs of 28,000 employees across its domestic theme park resorts. Some of those being let go are from Disney World, which has opened to lower-than-expected financial results. But the lion's share are likely from Disneyland after six and a half months of locked turnstiles. This won't continue for too much longer.

Cruises are finally set to start sailing in early November -- are you really going to keep Disneyland closed? There has been no coronavirus outbreak tied to Florida's decision to allow Disney World to reopen in mid-July, and cases in that state have fallen sharply since the restart -- is the smaller Disneyland resort really an issue when Disney has proved worldwide at all of its branded parks that it can safely incorporate health and social-distancing measures?

My prediction is that Anaheim's Disneyland opens this quarter, and likely in October.

2. Google will complete the purchase of Fitbit

After 11 months of offering concessions to regulators, Alphabet's (GOOG 0.21%) (GOOGL 0.27%) Google still hasn't received the green light to close on its $2.1 billion deal for Fitbit (FIT). The shares of Fitbit did move higher on Tuesday after Google made a new enhanced pledge of support for other wearable Android devices, as well as the original commitment to keep data collected from Fitbit apart from Google's ad-targeting efforts.

This should be enough. Fitbit stock did move higher on Tuesday's news, but it's still priced at a 5.6% discount to the original cash buyout offer. The discount would be a lot narrower if approval was imminent, but I still see this transaction being approved by regulatory agencies worldwide before the end of 2020.

3. Stocks will decline in the fourth quarter

We're in a brutal pandemic and fierce recession that show no signs of going away as we head into the holidays. There's social unrest and political division.

It's against this buffet line of calamity that the market has managed to climb 3% year to date through Tuesday's close. Most growth-stock investors are faring considerably better than that. I see the market as vulnerable, wobbly, and ultimately retreating in the next three months.

There is no reason to hate on the market in the long haul. Buy-and-hold investors should continue to be rewarded for their long-term perspective regardless of any contraction that comes in the fourth quarter.

However, I think that regardless of who is elected on Nov. 3 and even if a COVID-19 vaccine is approved before the ball drops at the end of the year, enough investors will step to the sidelines, or at least not chase stocks too much higher at this point. There are enough uncertainties out there, along with gains that haven't been truly earned by the fundamentals of many (but thankfully not all) of the rising equities through the first three quarters of the year.

Keep investing, but make sure you're buying the right stocks because the market in general could be vulnerable at this point.