Alphabet tries one last time to win regulatory approval for its $2.1 billion deal for the struggling wearables pioneer.

It's been 11 months since Alphabet's (GOOG -1.66%) (GOOGL -1.79%) Google announced a head-turning $2.1 billion deal to buy wearables pioneer Fitbit (FIT). The transaction is taking a lot longer to close than most buyouts, largely on fears that regulators have about all of the health and tracking data that Fitbit collects falling into the hands of a tech giant.

The deal is now unlikely to close in 2020, as Alphabet and Fitbit initially hoped, but the pairing isn't dead just yet. Bloomberg is reporting that Google is offering a data pledge and other concessions in an effort to get the often stingy European Union to approve the acquisition. 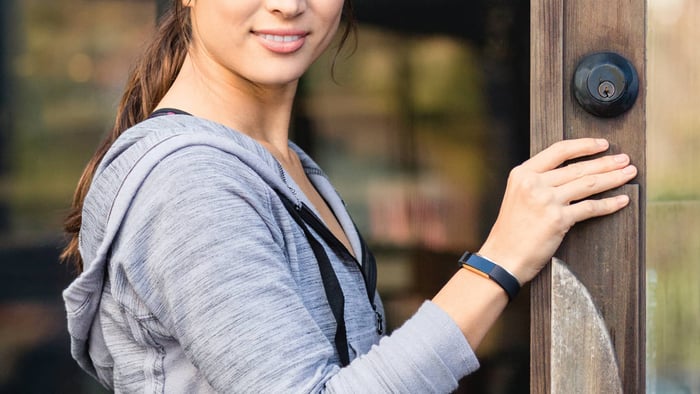 The rise and fall and rise of a buyout

The market hasn't been persuaded that this deal will happen. At the close on Monday, Fitbit's stock was priced at a little more than a 10% discount to the $7.35 in cash that Alphabet agreed to pay for each share late last year. The shares did open higher on Tuesday morning's news, but it's still a surprisingly wide gap for an all-cash deal that may close soon, given Google's latest concessions.

Google knew it had an uphill approval battle -- both with the EU as well as stateside -- when the deal was initially announced. It made an earlier pledge to keep data collected from Fitbit and Google separate, promising not to use Fitbit data to target Google ads. But the EU was still concerned about how Google would treat rival trackers' bracelets and fitness apps.

The sad irony here is that while Alphabet and Fitbit are trying to woo regulatory agencies, its tech rivals have only stepped up their presence in wearables. Earlier this month, Apple (AAPL -1.79%) introduced its latest Apple Watch wearable. It also launched the Apple Fitness+ platform. Meanwhile, Amazon (AMZN -1.17%) is also throwing its band into the ring. The world's largest online retailer launched Halo this month, a health, fitness, and sleep-tracking wristband that is clearly gunning for the Fitbit market.

The regulatory standoff is pretty ridiculous at this point. As some worry about what Google will do with Fitbit in its arsenal, two of its fellow FAANG stocks have taken an organic approach where they can call all the shots in how they will use the data they collect from their proprietary devices. It's surprising that Alphabet doesn't just swallow the $250 million termination fee it would owe Fitbit if the deal falls apart and follow Apple and Amazon into rolling out its own hardware. And that's probably what it will do if its concessions aren't enough this time.

Is Google's YouTube Scoring a Touchdown With NFL Sunday Ticket?

Is Now the Right Time to Buy Alphabet Stock?
413%