It's bound to be another unpredictable year. Here's how to make it easy on yourself.

2020 may have been the most unpredictable year in modern history.

The coronavirus pandemic made any market forecast at the beginning of the year look silly, and the market's inexorable recovery since March made mincemeat of those who dared to call the early comeback a "dead cat bounce" or argued that stocks had reached bubble levels later in the year.

Against that backdrop and with the pandemic still raging, making predictions about 2021 may be frivolous. But even in a highly uncertain environment, there are two rock-solid stocks that look poised to deliver growth no matter what happens with the pandemic or the broader market: Walt Disney ( DIS 2.84% ) and Target ( TGT -1.86% ). 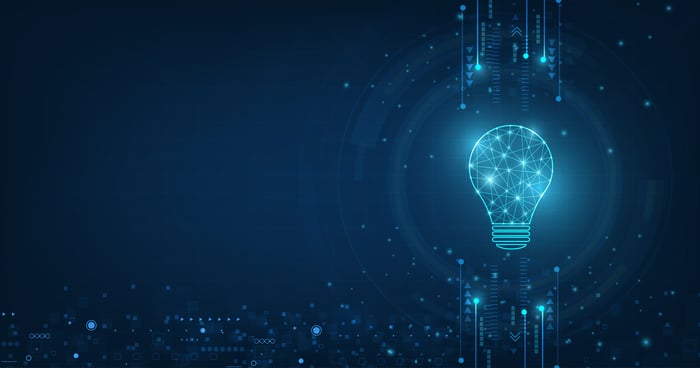 Disney gets a fairy-tale ending after all

Disney may be one of the most surprising comeback stories of 2020. The entertainment giant got hit by the pandemic on multiple fronts as movie theaters and production shuttered, theme parks closed, and live sports took a hiatus. The stock fell by about 40% in the market crash, but recovered to finish the year at all-time highs thanks to the strength of Disney+.

Management is confident enough in Disney+ that it restructured the company to put the streaming service at the center of its entertainment business. It also plans to bulk up its original-content pipeline with 100 new titles each year, including 10 entrants each in the Marvel and Star Wars series, which should only accelerate the service's growth.

In addition to its streaming juggernaut, Disney's parks and resorts business is also likely to benefit from a wave of pent-up demand when the pandemic ends. That could be as early as this summer, traditionally the biggest travel season, which would likely translate into record financial results for the company.

Unlike Netflix, Disney is still valued as a mature company despite its growth potential in streaming, meaning that the stock could still tack on significant gains even as it's already at record highs. Meanwhile, its flywheel strategy ensures that the new characters and storylines, like Baby Yoda, that emerge on its streaming services will live long lives in its theme parks and as consumer products like toys. All in all, it's a winning combination for long-term growth, and one that could reach a fever pitch once it's safe to travel again.

Arguably, no brick-and-mortar retailer had a better 2020 than Target. Comparable-store sales at the big-box chain have surged over the last two quarters, rising by more than 20%, and profits have doubled. The stock rose 37% last year, but those gains look rather modest compared to some e-commerce stocks and the way the broader market rebounded after the March crash.

While Target may have trouble topping those pandemic-affected numbers this year, the company has made huge market share gains, which it estimates at $6 billion through the first three quarters of 2020, and that should propel its growth in 2021 and over the long term. As malls retrench and more retail space opens up, Target should find itself as a winner by adding new stores and taking market share as rivals falter, especially in areas like apparel, thanks to the popularity of its private brands.

Most importantly, Target seems to have mastered the omnichannel experience in modern retail. It's using its store footprint, which is spread across cities and rural areas in all 50 states, to provide same-day fulfillment through both store pickup and delivery by Shipt, the delivery service it acquired in 2017 that also saw a growth surge last year.

That strategy of store-based fulfillment has given Target significantly higher profit margins than rivals like Amazon, Walmart, and Costco Wholesale, and the company's focus on opening small-format locations in high-density areas should extend its advantage with that omnichannel strategy since none of its competitors is opening those kinds of stores.

Finally, Target trades at a price-to-earnings ratio of just 23, much less than the market average. Target stock has been on a tear over the last few years as CEO Brian Cornell's strategy and the company's investments in wages, technology, and omnichannel capabilities have paid off. In 2021, it should continue to separate itself from weaker retail competition.