Please ensure Javascript is enabled for purposes of website accessibility
Free Article Join Over 1 Million Premium Members And Get More In-Depth Stock Guidance and Research
By Will Ebiefung - Jan 10, 2021 at 6:08AM

These companies can deliver market-beating returns in 2021. Let's explore the reasons why.

A company doesn't grow explosively doing the same thing as everyone else. If you're excited by the prospect of growth stocks -- shares of companies that are growing revenue or earnings much faster than their rivals -- look to disruptive businesses that are addressing old needs in creative new ways.

Freshpet ( FRPT 3.91% ) and Upwork ( UPWK 6.49% ) are two exciting growth companies poised for success because of their disruptive strategies in the pet food and human resources industries. Let's dig a little bit deeper to find out why they could make great additions to your portfolio. 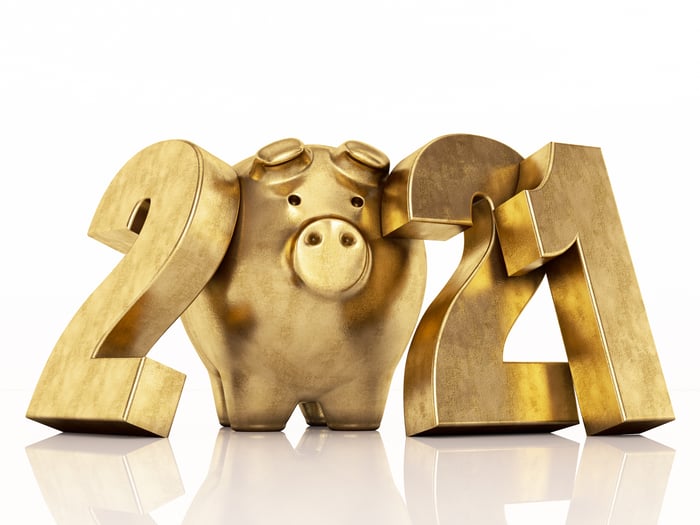 Freshpet is the leader in natural, refrigerated pet food with a market share of 55%, according to data from analytics group QYR Research. That's far more than privately held competitors JustFoodforDogs.com (9%) and NomNomNow (4%). Do pet owners really need an upgrade from kibble? Well, according to a survey by consulting company EY-Parthenon, 72% of Americans consider their pets family. And the importance of these furry companions will probably grow over time because of heightened pet ownership among millennials.  The refrigerated pet food market is expected to expand at a compound annual growth rate (CAGR) of 15% until 2026.

Freshpet is an excellent way for investors to buy into this trend because of its market dominance and rapidly expanding production capacity.  Freshpet claims that its natural foods have health benefits for animals ranging from increased energy, improved digestion, and allergy relief. And with the increasing importance of pets, it's no surprise that more Americans are warming to the idea of keeping higher-quality pet food in their fridge, just like for other family members.

Thanks to this trend, Freshpet's revenue is growing faster than expectations for the overall market. Net sales spiked 29% to $84.2 million in the third quarter, while adjusted earnings before interest taxes depreciation and amortization (EBITDA) grew from $12 million to $17 million. The company is expanding its manufacturing capacity to keep up with massive demand. In October, Freshpet opened Kitchens 2.0, a new $100 million, 140,000-square-foot manufacturing facility in Pennsylvania. The company plans to build another facility in Texas, scheduled to open by mid-2022.

Upwork is an online talent marketplace that helps clients hire and manage remote workers. According to data from Statista, over 90 million Americans will be freelancing by 2028, which will make up roughly 51% of the U.S. workforce. Upwork can position itself as the freelancing platform of choice through its early mover advantage and focus on more long-term client-freelancer relationships.

Unlike rival Fiverr International, which focuses on short-term projects (freelancers advertise their skills on the marketplace and take a large volume of gigs), Upwork's business model is more suitable for longer-term arrangements. Clients advertise projects on the Upwork platform and only hire one or a small number of freelancers per job. Although Fiver's revenue is growing faster than Upwork's (63% compared to 24% in the third quarter), Upwork has a much lower price to sales (P/S) multiple at Friday's prices -- 13 to Fiverr's 48 -- which makes it ideal for investors who would rather invest in a growing company with fewer expectations baked into its stock price.

Upwork plans to drive growth by disrupting the traditional labor market. It has developed proprietary algorithms to help match clients with the most qualified talent and expects client spend to grow over time as companies use the platform to staff more positions in their workforces. So far, the strategy seems to be working. Third-quarter revenue rose 24% to $96.7 million on the back of new client acquisition and growth in spending by existing clients. The company's net loss shrank to $2.7 million from $3.5 million in the prior-year period. And management expects $363 million to $365 million in full-year 2020 revenue, which would represent an annual increase of up to 21%.

Betting on the next big thing?

Freshpet and Upwork are exciting because they are disrupting the established industries of pet care and human resources. Both companies boast faster-than-average top-line growth rates and look positioned for success over the long term.

The Pros and Cons of Freshpet From The Customer Perspective

Are Freshpet's High-Growth Days Over?

Why The Pet Industry Is Recession-Proof