China might be the largest vehicle market in the world, but it sure isn't growing. The China Passenger Car Association (CPCA) reported that 19.29 million passenger automobiles were sold in the massive Asian country in 2020, down roughly 7% from the 2019 figure. That represented the third straight yearly decline from 2017's peak of 23.8 million.

While the industry was affected -- as many have been -- by the economic fallout of the coronavirus pandemic, the outbreak had mostly subsided in China in the later months of the year. Reflecting this, the country's GDP rose at decent rates in Q2 and Q3, after tumbling nearly 7% in the initial quarter. 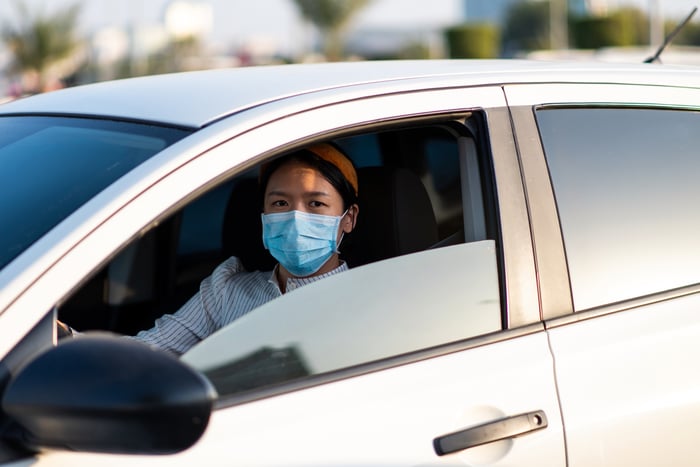 With momentum expected to carry the economic indicator higher in 2021, CPCA is predicting a far different dynamic for 2021. "This year will see a much stronger growth," The Wall Street Journal quoted CPCA's secretary- general, Cui Dongshu, as saying.

Certain top-down and bottom-up factors should contribute to such a rise. RECENTLY, the Chinese government extended the subsidies it provides to buyers of ELECTRIC vehicles (EVs), in an effort to boost their proportion of overall car sales.

At the same time, determined disruptor Tesla Motors (NASDAQ:TSLA) this month barreled into the market with its locally produced Model Y SUVs.

At a starting price of 339,900 yuan ($52,438), they are cheaper than premium internal-combustion SUVs on the market such as the Audi Q5 and the BMW X3. Tesla is not new to China, but the very attractive price of the Model Y and the cachet of its brand (not to mention that of EVs) should result in healthy sales, helping to juice the overall market.

On Tuesday, Tesla's stock price rose by 4.7%, which bettered the flat-lining S&P 500 index on the day.