Despite spending hundreds of millions of dollars on the project, the music streamer has little to show for it.

Spotify Technology (SPOT 5.11%) has spent hundreds of millions of dollars acquiring talent to make the music streaming service the go-to outlet for podcasts, most notably snagging the top podcaster today, Joe Rogan, in a $100 million deal that included the migration of his entire 11-year content library.

Yet one analyst doesn't think there's been any payoff from the investments Spotify made, and he cut his rating on the stock from neutral to sell with a target price of $310 per share. Spotify previously closed at $342 per share. 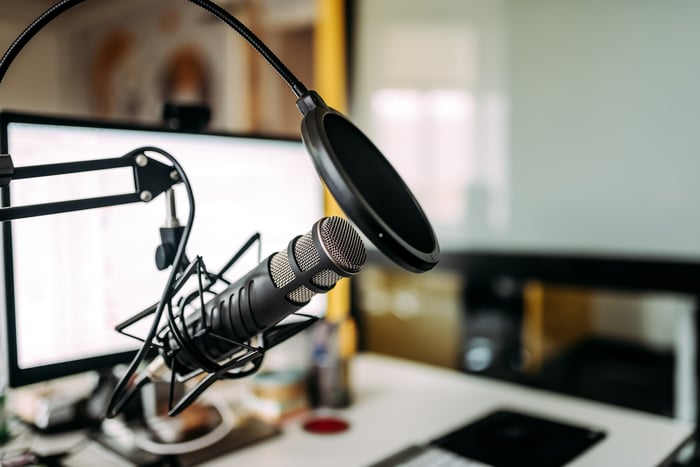 Enamored by the potential

In a note to investors, Citi analyst Jason Bazinet said Wall Street has become blinded by "Spotify's recent podcast pivot," which has skewed their analysis and led to a situation where reality does "not comport to the prevailing valuation."

Despite all the money poured into its podcast initiative, including acquiring sports and entertainment content creator The Ringer and the more recent acquisition of Megaphone, Spotify's premium gross additions through the third quarter and its app downloads through the fourth suggest it's not making much of a contribution.

Bazinet wrote: "Our fear is that if podcasting doesn't provide a way for Spotify to shift away from music label dependence, the Street may reassess the underlying value of the business. And, that would be bad for Spotify's multiple and equity value."

Even though Spotify routinely posts operating losses, it has amassed a $60 million market valuation. Shares of the music streaming and podcasting service were down 5% after the ratings change.