The display technology specialist scores a design win in a new set of virtual reality glasses.

Shares of Kopin (KOPN -2.34%) popped as much as 15% this morning after the company announced that it is providing a microdisplay for Panasonic's new virtual reality (VR) glasses. The product was introduced at the 2021 Consumer Electronics Show (CES), which adopted a virtual format this year due to the pandemic. As of 11:50 a.m. EST, though, the stock had given up much of those gains and was up only 2%.

Kopin said that its Lightning 2.6K x 2.6K OLED display on chip (DoC) is being incorporated into the VR glasses, which can deliver high-dynamic range (HDR) and ultra-high-definition (UHD) content. Panasonic says that the glasses are designed to be more comfortable than traditional head-mounted VR headsets. The small, 1.3-inch displays are provided by Kopin and integrate directly with many other components. 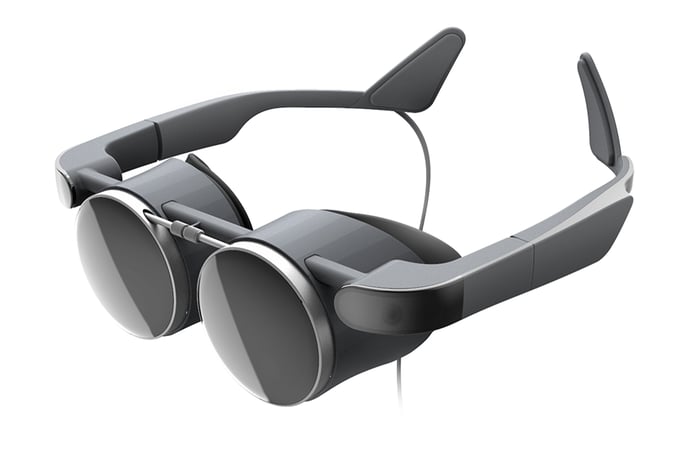 The news comes shortly after display the technology company announced a separate multiyear agreement with Jade Bird Display earlier this month. Kopin says that the 2.6K x 2.6K OLED DoC is made with its patented ColorMax technology, which can produce high color fidelity with improved brightness over 1,000 nits.

"We have had a very collaborative development program with each company contributing core elements of the technology and design -- the ultimate Panasonic VR Glasses have both high-performance and a sleek, comfortable design," Kopin CEO Dr. John C.C. Fan said in a statement. "We look forward to seeing Panasonic delight their customers with this magnificent VR Glasses."

Why Kopin Stock Is Falling Today

Why Shares of Kopin Are Soaring Today