It's doing so with a partner that recently spurned its advances.

Michigan became the latest state to flip the switch on legalized online casino and sports gambling on Friday, and one ambitious company was right there to take advantage. BetMGM, a joint venture between U.S. casino resort company MGM Resorts International (MGM 4.72%) and the U.K.'s Entain, launched its BetMGM app covering those two categories in the state on that day.

BetMGM's launch piggybacks on BetMGM Sportsbook and Lounge, an athletic wagering facility located in MGM'S Grand Detroit resort in the city. Anticipating that Michigan would soon permit such wagering, the company opened the Lounge last October. 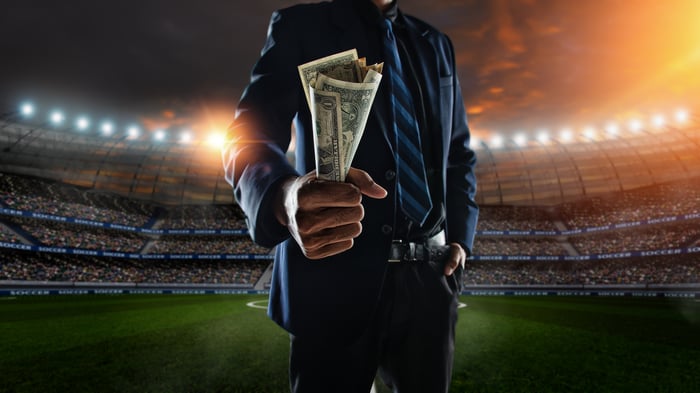 "Reaction to the opening of MGM Grand Detroit's BetMGM Sportsbook and Lounge has been incredible," BetMGM's CEO Adam Greenblatt said. "We're thrilled to complement our retail offering with the launch of the BetMGM mobile app in Michigan."

With the opening of the state's gambling market, residents will have myriad betting opportunities at their fingertips through BetMGM's app. Wagers can be made on many games, and these can take such forms as pre-game, in-play, future, and other types of bets. As for the casino games, BetMGM gives users the chance to lose all their money on such offerings as slots, blackjack, and video poker.

While the Michigan launch is certainly good news for BetMGM (and, by extension, MGM Resorts), the relationship between the casino company and Entain might be rocky just now. Earlier this week, MGM Resorts announced it was ending its effort to acquire Entain. It previously tried to buy its British partner in an all-stock deal valued at over $11 billion, but that offer was rejected.