Please ensure Javascript is enabled for purposes of website accessibility
Log In Help Join The Motley Fool
Free Article Join Over 1 Million Premium Members And Get More In-Depth Stock Guidance and Research
By Katie Brockman - Jan 27, 2021 at 6:02AM

Here's what retirement planning and subscription services have in common.

Approximately one in five Americans expects to work past the traditional retirement age, according to a 2020 survey from Northwestern Mutual. Of that group, around half say they're working longer out of necessity rather than choice.

If your savings are lacking, you may have no choice but to postpone retirement. However, by taking steps to boost your savings now, you'll be much better prepared once you reach your senior years. And there's one simple thing that can help you save more than you think: Treat your savings like a subscription service. 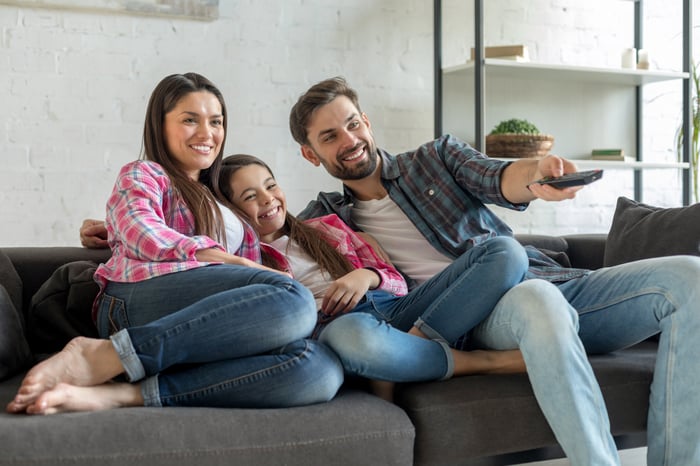 What do retirement and Netflix have in common?

Subscription services like Netflix (NFLX 1.49%) are appealing for a variety of reasons. For one, they can be easier on your budget than larger one-time payments. Paying $14 per month sounds less expensive than paying $168 per year, for example, even though they add up to the same amount of money.

It's also easy to forget you're paying for subscription services. When you're billed automatically each month, you don't have to remember to pay for the service, and you can easily budget for it because you know you'll be charged the same amount month after month.

These qualities can also be used when saving for retirement through the use of automatic contributions. When you set up automatic contributions, you're saving a certain amount in your retirement fund every week or month. You don't need to remember to save, and it's easy to build these contributions into your budget because you're saving the same amount each month. In addition, saving a little each month may feel easier than saving a large sum of money a few times a year.

When saving for retirement, consistency is key. It takes decades to build a robust retirement fund, but saving a little bit each month can make your goal easier to achieve. Sometimes, saving a little at a time can actually amount to more money overall than if you'd saved a lot on an inconsistent basis.

Automatic contributions can add up

In order to make the most of compound interest, it's best to start saving early and contribute to your retirement fund consistently. Time is your most valuable resource, so it's often better to start as soon as possible even if you don't have much to save.

For example, say you're 40 years old with nothing saved for retirement, and you start saving $300 every month. Assuming you're earning a modest 7% annual rate of return on your investments, you'd have around $228,000 saved by age 65.

In another scenario, say that starting at age 40, you saved $300 per month for a year. Then you stopped saving completely until age 50, at which point you began saving $600 per month until age 65. In this case, assuming you're still earning a 7% annual rate of return, you'd have around $199,000 saved by age 65. Although you've increased your savings rate, you still won't have saved as much as if you'd saved consistently over the years.

Automatic contributions force you to save each and every month, which can keep your retirement plans on track. By treating your savings plan like it's a subscription service, you can save more consistently, build saving into your budget, and, ultimately, retire more comfortably.