Please ensure Javascript is enabled for purposes of website accessibility
Log In Help Join The Motley Fool
Free Article Join Over 1 Million Premium Members And Get More In-Depth Stock Guidance and Research
By Jennifer Saibil - Jan 28, 2021 at 6:54AM

These businesses are all still in their infancy, but are bringing customers the technology of the future.

2020 was a volatile year for the stock market, but it ended with high gains for the broader market. Many experts are questioning whether this can continue into 2021, or if another correction is coming soon.

No one can predict what will happen, but some stocks are surefire bets for growth in 2021 and in the long term. Etsy (ETSY -1.14%), Roku (ROKU -2.76%), and Fiverr International (FVRR -1.84%) are seeing explosive growth, and they've barely scratched the surface.

A marketplace for exclusive goods

Etsy exploded in popularity at the beginning of the pandemic as customers flocked to the marketplace for handmade goods to stock up on custom face masks. 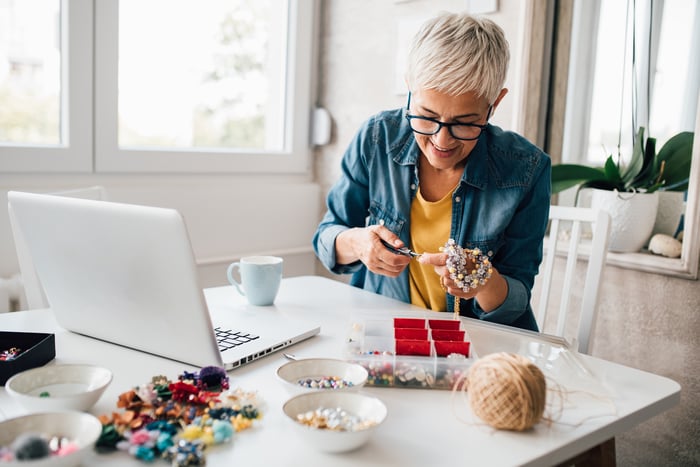 In the third quarter ended Sept. 30, revenue increased 128% to $451 million, while gross merchandise sales (GMS), the total value of merchandise sold on the platform, increased 119% to $2.6 billion on a year-over-year basis. Moreover, the company is turning sales into income, and net income increased 520% to $92 million.

But it wasn't just masks. Etsy is a completely online marketplace, and like other digital-first companies, had extraordinary success during the pandemic. In the second quarter ended June 30, new customers whose first purchase was not a face mask spent 50% more than those whose first purchase was a face mask -- a very encouraging sign of stickiness.

Case in point: The third quarter witnessed non-mask GMS growth hold steady at a solid 93% for the second consecutive quarter. New buyer growth declined to 127% from 159% in the second quarter, and that means existing non-mask buyers are making more purchases. In short, these fantastic growth rates are just the beginning since there are encouraging signs of stickiness.

Also, mask sales have started declining, from 14% of the total GMS in the second quarter to 11% in the third quarter. In absolute numbers, gross mask sales fell steadily, from $123 million in July to $56 million in September, and these numbers should subsequently taper off. This proves Etsy growth engine isn't driven by mask sales.

CEO Josh Silverman sees the custom product as the company's biggest edge in the market, and he's planning on running with that in the company's marketing efforts. Etsy has a niche space that would be difficult for challengers to compete with, considering its experience and reach, and an exclusive collection that customers won't be able to find elsewhere. It's also the only company on this list that has positive income. (And it doesn't hurt that Tesla's CEO Elon Musk gave it a loud thumbs-up on Twitter.)

A streaming platform for all

Roku makes devices for streaming and also has its own free streaming channel. As streaming skyrocketed in popularity during the pandemic, and companies such as Disney (DIS -0.70%), with its Disney+ and other sites, and Netflix (NFLX 1.56%) added millions of new customers, Roku's sales soared as well. Revenue increased 73% in the third quarter, resulting in a surprise operating profit of $12 million. 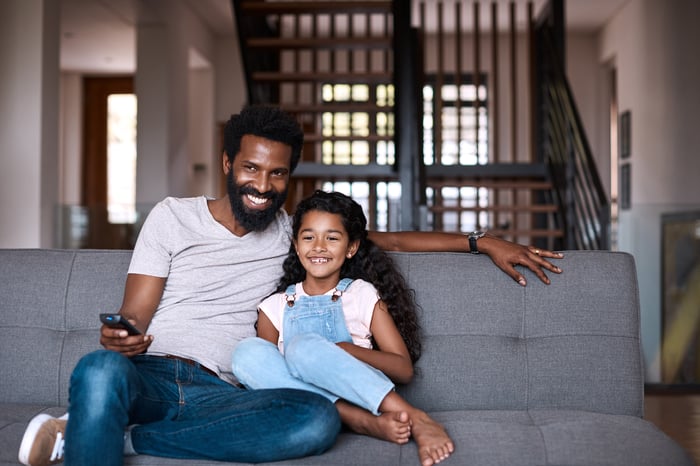 The company released several premium devices in the third quarter, and also has a range of products at every price point, poising it for higher sales going forward.

An important tailwind that was jump-started during the pandemic is advertising's move to streaming. Ad revenue in the Roku Channel is a strong portion of sales, and that's shifted as free streaming subscriptions surge. 97% of companies that spent $1 million in 2019 in Roku ads continued in 2020, and Roku closed more deals for 2021 at high commitment levels.

Roku stock gained nearly 150% in 2020, and the company also has just under half a billion in quarterly revenue. As sales increase and when earnings start to become consistent, the stock will continue to soar.

Connecting companies and freelancers around the world

The pandemic has changed many of the ways people shop and do business, and one of them is a greater embrace of working from home. Fiverr's been a leader in the movement as one of the fastest-growing freelancer marketplaces. 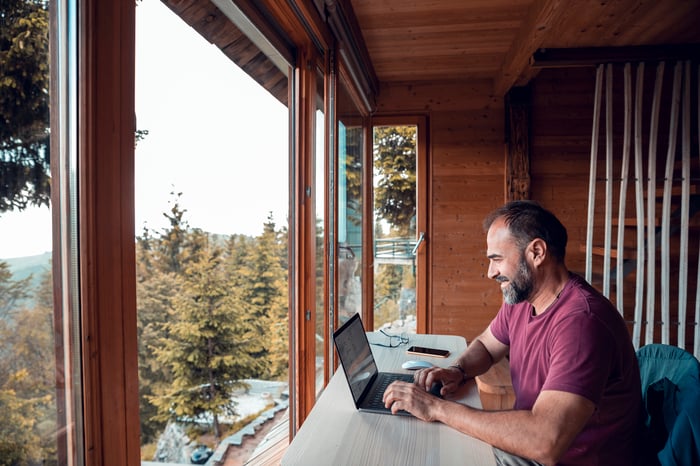 Fiverr stock has the most fantastic gains on this list, growing 748% in 2020. For the third quarter, revenue increased 88% from the prior year to $52 million. While net loss was $0.5 million, it's a huge improvement from $8.4 million in 2019, a sign that profitability is round the corner. This is a company that's growing fast, and there's still time to buy in before it explodes.

One promising metric for Fiverr is spend per buyer, which increased 20% in the third quarter. That's a pandemic-driven tailwind, as more people are working from home. But it's a trend that's growing, not shrinking, and should continue in momentum after COVID-19 is a memory as work-from-home has taken off as a valid and productive alternative to going into the office. Active buyers increased 37% during the same time, and as Fiverr converts them into active buyers, sales will keep rising.

The company broke out 30 new categories in the third quarter, bringing the total to 60, and launched new purchase features as well as a business product. It's expanding by leaps and bounds, fueled by the pandemic and a strong platform.

All of these companies are already seeing double-digit stock gains in 2021, and now's a great time to get in or add to a position.