Please ensure Javascript is enabled for purposes of website accessibility
Log In Help Join The Motley Fool
Free Article Join Over 1 Million Premium Members And Get More In-Depth Stock Guidance and Research
By Dave Kovaleski - Feb 2, 2021 at 8:15AM

This home mortgage leader has been gaining market share.

Rocket Companies (RKT 2.27%) -- the parent company of Quicken Loans and Rocket Mortgage -- is the largest home mortgage company in the country. While it is a familiar name to consumers, Rocket is new to investors, as stock in the company only began trading publicly in 2020. The stock went public in early August at $18 per share, and after an initial jump, the price settled back down and finished the year up about 2%.

Since the start of 2021, the stock price has gained about 8% and is trading at around $21 per share. Is Rocket ready for takeoff?

Rocket to the moon?

When a market leader comes to the market, it is worth your attention as an investor. 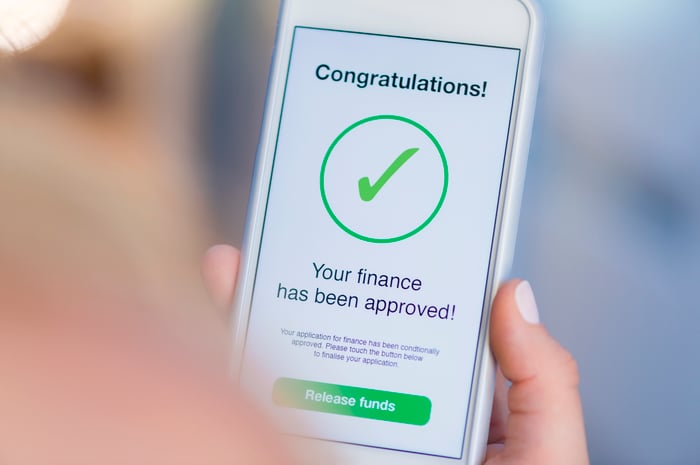 Rocket is just that. In 2019, Rocket completed 541,000 loan originations, which was the most by a wide margin.

The 2020 year-end numbers aren't out yet, but the company has had a strong year through the third quarter, its first as a public company.

Rocket had $2.9 billion in net income in the quarter -- a 506% increase over the previous year's quarter -- while revenue was up 186% to $4.7 billion. The earnings spike was fueled by $89 billion of closed loan volume, a record for the company. This represented a 122% increase over the third quarter of 2019. The gains were the result of the record low 0% interest environment, which led to a surge in people refinancing their homes at this low rate.

The gain-on-sale margin, which is the difference between the wholesale and retail cost of the mortgage, was up 37% to 4.5%. The bigger the margin, the more the mortgage company makes off the transaction. The reason that Rocket has high margins has a lot to do with its digital business model. Customers can do all their business through the Rocket app, including applying for loans, refinancing, approvals, e-signatures, transmitting documents, and whatever else they need to do. This is not only easier and quicker for customers; it saves the company money as it reduces the need for loan officers.

This generates more revenue and boosts the company's cash position. At the end of the quarter, Rocket had about $3.5 billion in cash, up from $1.4 billion at the start of the year.

As mentioned, Rocket is the largest home mortgage company in the U.S., and it has been able to increase its market share. In 2019, it had about a 5% share of the market, and as of the third quarter of 2020 it had close to 8% market share.

On the third-quarter earnings call, Rocket CEO Jay Farner said the company has a goal to achieve 25% market share by 2030. To gain market share, Rocket is investing in its brand to expand its market and distribution partnerships, and technology to make its systems quicker and more cost-effective for both customers and the company. In the past year, the company invested $500 million in technology to increase monthly loan production capacity and improve efficiency. Over that same period, Rocket invested $900 million in marketing.

Rocket has averaged double-digit percentage annual earnings growth for the past five years. Given the low-interest-rate environment, its strong cash position, a homebuyers' market that should start to take off, and its market-leading strength and competitive advantages, Rocket is a terrific buy. This fintech should be a stock to consider adding to your portfolio.