It looks like a repeat of what happened with Robinhood last week.

Traders were once again blocked from buying shares of GameStop (GME 29.19%) and AMC Entertainment (AMC 14.34%), but this time, instead of Robinhood interfering with the ability to trade, it was Square's (SQ 2.73%) Cash App.

Square had been one of the big beneficiaries of the hubbub that was raised last week after Robinhood prohibited its app users from buying shares of AMC, GameStop, and dozens of other stocks as their prices surged during a massive "gamma squeeze" that cost short-sellers billions of dollars. 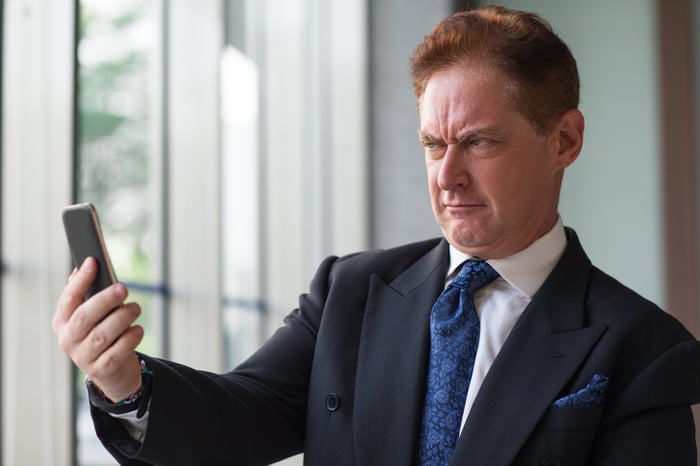 The mobile trading platform's users erupted in anger at only being allowed to sell shares, and Robinhood's CEO Vlad Tenev has been called to appear before Congress to explain what happened.

Many Robinhood traders abandoned the app and fled to other online brokerages, with most choosing the Cash App.

But now that Square also blocked buying certain stocks, will it receive the same blowback Robinhood did? Probably not.

Square told investors it wasn't involved in the decision; rather, its trade clearinghouse (DTC) Axos caused it, having "significantly increased the capital requirements" to trade four stocks. Cash App said it disagreed with the decision.

While that was the same explanation Robinhood gave last week, it took the app almost a day to say it. Initially, Robinhood said the reason was it always monitors the markets, and because of the volatility, it was making changes to which stocks its users could buy and sell. It was only later that Tenev said it was because its DTC had asked for $3 billion to allow the trades to go through.

Because Square was more forthcoming at the outset, investors aren't likely to be as upset and penalize Cash App. Buying the stocks was allowed to resume later in the day.