The bank's fourth-quarter and full-year earnings beat consensus, and the Federal Reserve terminated a long-standing enforcement action with the bank.

Shares of Santander Consumer USA Holdings (SC) traded as much as 11.4% higher this morning after the auto lender reported earnings that beat consensus estimates. It received some good regulatory news as well.

Santander recently reported net income of roughly $521.5 million, or $1.70 earnings per diluted common share, roughly 295% higher than the fourth quarter of 2019. For the full year, earnings in 2020 came in roughly flat compared with 2019. Both fourth-quarter and full-year earnings beat consensus estimates handily. 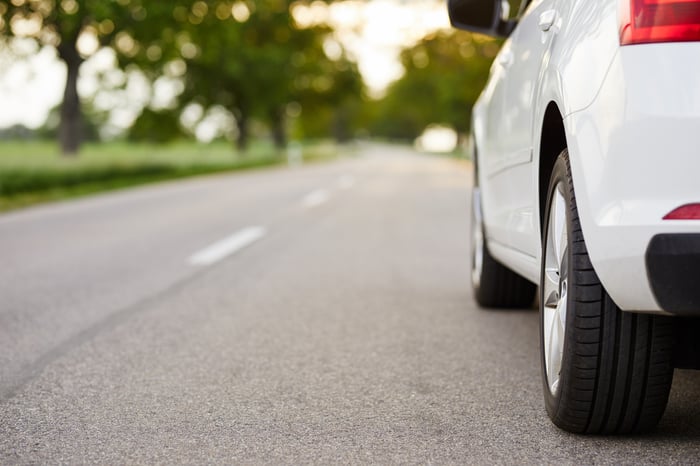 Additionally, around 11:30 a.m. EST, the Federal Reserve announced that it had terminated an enforcement action with the company. The order had to do with deficiencies in Santander's compliance risk management program. Additionally, other federal and state authorities had previously cited violations against the company for breaching certain federal and state consumer compliance laws. The order had been in place since March 2017.

"I am pleased with the progress we have made resolving these legacy issues," Tim Wennes, CEO of Santander U.S., said in a statement. "Today's announcement is an important milestone for Santander in the U.S. and speaks to the hard work and dedication of our colleagues across the U.S. and particularly at SC."

Shares have fallen a good amount since the early-morning bump from earnings, but they were still trading higher than broader bank indexes. On the company's earnings call, management said it still views the current environment with uncertainty but sees reason to be optimistic and believes in its ability deliver value to our shareholders.

Could Auto Loans Be Problematic for Banks Down the Line?