Revenue growth is slowing and losses are widening as it revamps its business model.

Shares of New Relic (NEWR 3.01%) were crushed on Friday after the company released its earnings results for the third quarter of its fiscal 2021. The company beat some analyst estimates, which was good. But it's in the middle of completely changing its revenue model, and it seems some investors aren't keen on the shift. As of 12:30 p.m. EST today, the stock was down 17%.

Third-quarter revenue was $166 million, up 9% year over year. This was slightly more than analysts were expecting. However, that's not an apples-to-apples comparison. Before, the company sold its product on a subscription basis. But the 2021 third quarter was the first full quarter in which users paid based on how much they used New Relic's platform. 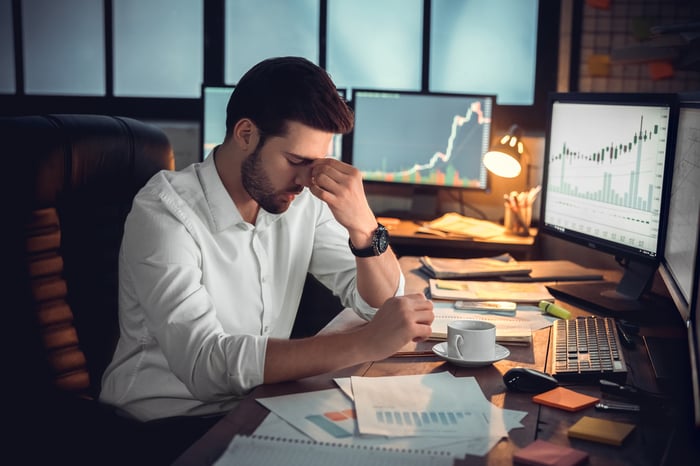 Management believes its new product, New Relic One, is its best ever. That's partly why it's choosing to go this new direction. In more proper terms, the company is shifting from a subscription model to a consumption model. The consumption model aligns New Relic with its customers. If they're getting value out of New Relic One, then they'll use it more and more, and revenue will go up. That said, the inverse is also a possibility if New Relic One doesn't perform as well as management hopes.

Another reason New Relic stock is down today is its widening losses. Its operating loss in the third quarter almost doubled from last year, with expenses increasing across the board. To top it off, management guided for an adjusted loss per share of $0.45 to $0.49 for the upcoming fourth quarter. For perspective, its adjusted loss per share was just $0.14 in Q3.

Investors tend to overlook steep losses like these if the revenue growth rate is robust. But here again, New Relic's guidance fell short of expectations. Management guided for Q4 revenue of $166 million to $167 million, which is only 4% year-over-year growth.

To be fair, changing revenue models is rarely a smooth process. But this appears to be rougher than what New Relic investors were hoping for.