Investors are anxiously speculating whether the SPAC will announce a tie-up with Lucid Motors.

Shares of Churchill Capital IV (CCIV) dropped as much as 12% on Monday before closing the session with a decline of 5.5%. The special purpose acquisition company (SPAC) has been a target of rumors for several weeks, and the latest one dove up shares to end last week's trading on Friday.

The blank-check company has been rumored to be on the verge of a merger with luxury electric-vehicle (EV) maker Lucid Motors. Lucid chief executive and technology officer Peter Rawlinson said in a CNBC interview on Friday that he couldn't confirm or deny the rumors of a merger that would take Lucid public. But his lack of commitment helped continue the recent higher share movement of Churchill Capital.

Some investors today are rethinking the valuation of the company, which still has no operating business. There are also no definite indications of a merger with Lucid Motors. 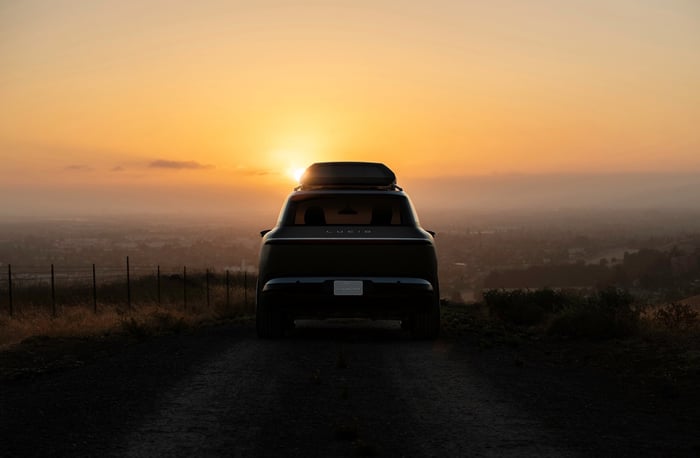 Bloomberg initially reported in early January that the SPAC formed by former Citigroup banker and Wall Street veteran Michael Klein was reportedly in talks to take Lucid Motors public through a transaction that could be valued at up to $15 billion. Investor interest stems from the Lucid Air luxury sedan, which will be available beginning this spring with over 1,000 horsepower and a battery range of 517 miles.

Churchill Capital stock has moved 150% higher since then, making the valuation of a merged company, should it occur, more than triple where a deal would set a value. Investors today are shedding some shares while the price is high and because of the continued uncertainty of whether a deal will even occur.