Only one of these uranium miners had any material news to report, suggesting that there's potentially something else going on.

There's really not a whole lot going on here, with the only material news being an update from Denison on its mine development plans. The company, which owns 90% of the Wheeler River uranium mine project, approved a $24 million budget as it looks to restart the environmental assessment process. Denison's piece of the total cost is $19.4 million. This is an interesting update on Denison's Wheeler River dig and might explain why investors were bidding up the would-be uranium miner's shares. But it doesn't explain why other uranium stocks were higher as well. In other words, there's likely something else going on here. 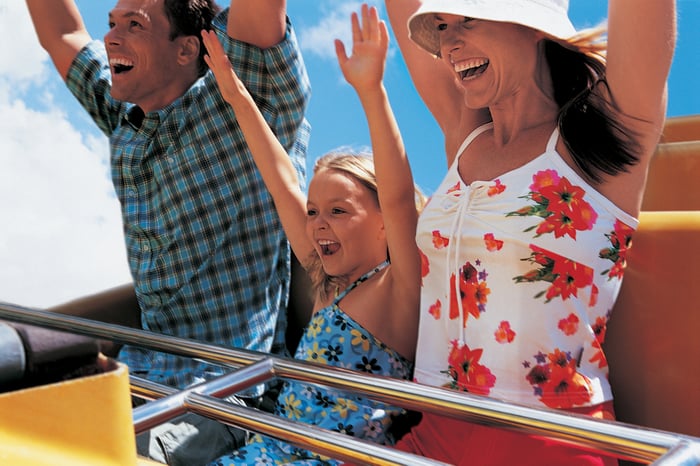 Complicating the story is that uranium prices haven't really been particularly exciting lately. And yet uranium miners have risen materially over the last two or three trading days. Tiny Energy Fuels is up nearly 30% since Feb. 4! This has some market watchers suspecting that a short squeeze may be in play or that large investors are repositioning their portfolios in an effort to either get ahead of one or to help cover losses from one. This is all, perhaps obviously, largely speculation at this point. The only thing for sure is that the broader uranium space is moving in tandem higher and there doesn't seem to be a good reason for why.

With the GameStop lunacy, it is hard not to worry that something unusual is afoot when an entire sector moves without any concrete reason. This is what starts to happen when investors become irrational. Fear and greed alone are enough to start investors trading on nothing more than a hunch. It's unnerving, or at least it should be for long-term investors. 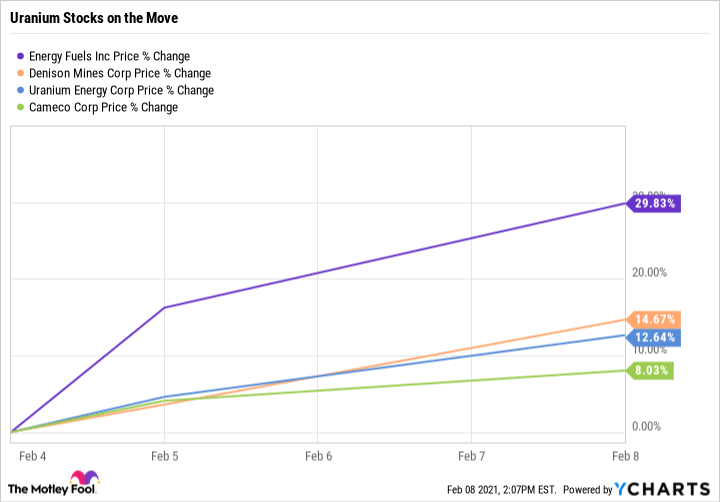 The interesting thing is that the uranium story has improved materially over the past year or so. For example, according to Cameco's tracking of the market, uranium prices were up 20% year over year in January. They have been higher at points in the past three years or so, but they are well off the lows seen in early 2018. In fact, January's price was around 36% above the same month in 2018, and the current higher levels have been holding relatively well for the past few months. This has been helped in part by larger players curtailing production to sop up extra supply (notably Cameco) so the entire sector could benefit.

Obviously, as miners, Cameco, Denison Mines, Energy Fuels, and Uranium Energy all benefit when the product they produce trades at sustainably higher levels. Which highlights the real problem for long-term investors today -- how do you read the big price moves here on little news? The best answer is that you probably shouldn't read too much into anything. And, perhaps, just watch and wait. If this is a short-squeeze issue it will likely be short-lived with fundamentals returning to the fore soon enough, even if there's a roller-coaster ride for stock prices in between. Indeed, sometimes doing nothing is the best decision even though it's often one of the hardest.