Please ensure Javascript is enabled for purposes of website accessibility
Log In Help Join The Motley Fool
Free Article Join Over 1 Million Premium Members And Get More In-Depth Stock Guidance and Research
By John Ballard - Feb 11, 2021 at 7:54AM

The company expects to have five franchises generating $1 billion in annual bookings within the next few years.

Activision Blizzard (ATVI 0.69%) just wrapped up a record year, with full-year net bookings crossing the $8 billion level for the first time. Even better was the performance on the bottom line, with non-GAAP earnings per share increasing by an impressive 39% over 2019.

It will be tough to repeat that performance in 2021. Management's early guidance for the year calls for bookings to improve by just $31 million to reach $8.45 billion, which would still be another record.

What has investors most excited right now is what management said about 2022, in which Chief Operating Officer Daniel Alegre expects another "step change in financial performance." Here's why. 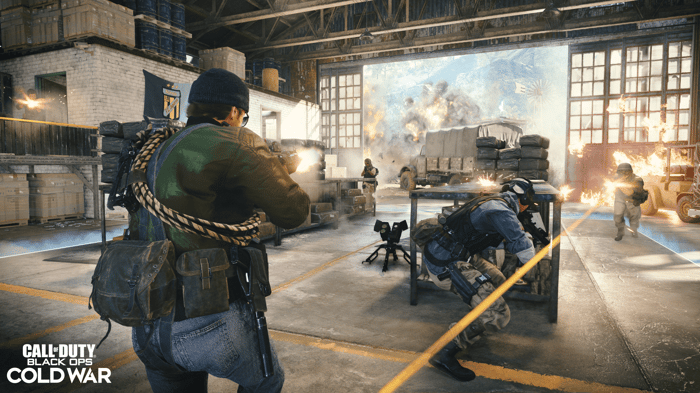 Activision has settled into a rhythm

Activision has turned Call of Duty into one of the most played franchises on the market, and management is doing a great job of monetizing it. The company launched a new battle pass system in 2019. When players purchase this, they can unlock new content the more time they spend playing the game and leveling up their character.

The new battle pass has driven much higher spending, with in-game net bookings on console and PC up more than 50% year over year in the fourth quarter. The free-to-play mobile version of Call of Duty also delivered double-digit growth in net bookings year over year.

The Activision segment ended the year with 128 million monthly active users, which includes Call of Duty. That's more than triple the number of players since before the launch of the mobile version in late 2019, but Activision is still in investment mode. There are still a lot of things management can do to maximize the performance of existing games and reach more players.

For example, the new premium release of Call of Duty: Black Ops Cold War in the fourth quarter drove a sequential increase of 17 million monthly active users in the Activision segment. That reveals a tremendous growth opportunity, as management continues to invest in creative talent and new games.

The Activision segment is now about three times larger than Blizzard and King, but the pending releases from Diablo, Overwatch, and new mobile versions in the works within the Warcraft universe could significantly grow the Blizzard segment.

The company has three franchises -- Call of Duty, World of Warcraft, and Candy Crush -- that each reached $1 billion in net bookings in 2020, and management believes it has two more, most likely Diablo and Overwatch, that will reach that level over the next few years.

During the fourth-quarter call, Alegre said, "While our business has benefited from industry tailwinds in 2020, much of our growth was driven by strong product and commercial execution."

These investments set the company up for a potentially strong run over the next five years, which explains why this top video game stock is currently hitting new highs following its fourth-quarter earnings report.