Please ensure Javascript is enabled for purposes of website accessibility
Log In Help Join The Motley Fool
Free Article Join Over 1 Million Premium Members And Get More In-Depth Stock Guidance and Research
By Maurie Backman - Feb 21, 2021 at 6:18AM

Penny stocks may seem safe because they're so cheap, but they're actually quite risky.

Buying stocks often means plunking down hundreds or even thousands of dollars for a single share. On the other hand, if you invest in penny stocks, you won't have to spend a lot to build a portfolio. Penny stocks typically trade for less than $5 per share, and some can even be had for under $1 a share. Tempting as it may be to load up on penny stocks, there are three good reasons to keep your distance.

Although some penny stocks trade on major public exchanges, most trade over the counter via a dealer network. That means many of the companies behind penny stocks aren't subject to the same reporting requirements as those whose stocks trade on, say, the New York Stock Exchange. It can thus be difficult to pull up financial information on the companies you're buying. If you can't do your research, how are you supposed to feel confident in your investment? 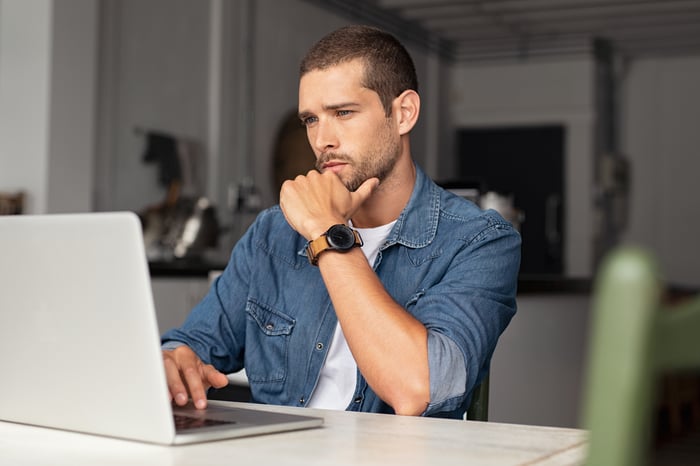 Many of the companies behind penny stocks are fairly new businesses. While that doesn't necessarily mean they're nonviable or financially unsound, it does mean they don't have the same reputation as companies that have been around for decades. When you buy a stock like Procter & Gamble (PG -2.67%), for example, you're investing in a supplier of consumer goods that's been around for about 175 years. That's a far more comforting thought than sinking money into a company that's been around for a year or so.

3. You have other options if you're low on funds

If there's one thing penny stocks have going for them, it's that they're affordable. But if you don't have a lot of money to invest, there are safer options to pursue.

You could load up low-cost exchange-traded funds, which can help you build a diverse portfolio easily by allowing you to scoop up a bucket of stocks with a single investment. ETFs are similar to mutual funds, except that they trade like regular stocks on major exchanges, so you can get a good sense of their price history and performance.

Another option is to buy fractional shares of more established companies whose stock price may be out of reach financially for you. A fractional share, as the name implies, lets you buy a piece of a share of stock. If a company you're interested in is trading for $500 a share and you can't swing that, but you have $125 to invest, you could buy a fraction of a single share rather than use that $125 to purchase a bunch of questionable penny stocks.

Investing in penny stocks may seem like a fairly low-risk prospect, but in reality, that's far from true. It's certainly OK to dabble in penny stocks if you know what you're getting into, but don't center your investing strategy on them. If you do, you may wind up very unhappy -- and a lot less wealthy -- after all is said and done.