Please ensure Javascript is enabled for purposes of website accessibility
Log In Help Join The Motley Fool
Free Article Join Over 1 Million Premium Members And Get More In-Depth Stock Guidance and Research
By Howard Smith - Feb 22, 2021 at 9:57AM

The SPAC may only be a day away from announcing its long-rumored merger with Lucid Motors.

The news service reported Saturday that the deal between the special purpose acquisition company (SPAC) and Lucid could come as early as Tuesday. Bloomberg first reported the possible deal in early January, and it maintains that a combination could result in a combined entity being valued at up to $15 billion under the deal's terms. 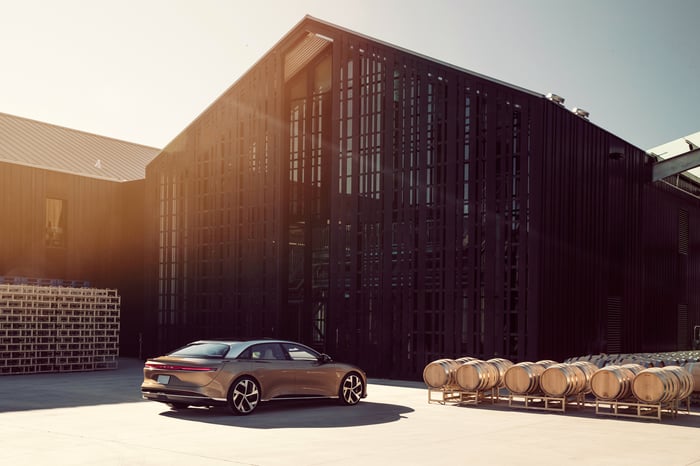 Churchill Capital IV is led by Wall Street veteran banker Michael Klein. Last week, Reuters reported that Klein launched a new financing round to raise more than $1 billion for a deal with Lucid.

Lucid is one of the more well-known EV makers not yet trading publicly. CEO Peter Rawlinson was chief engineer for Tesla and its Model S development. Lucid says its Air luxury sedan will be available with over 1,000 horsepower and a battery range of 517 miles. The Model S maximum battery range is 402 miles.

Investors jumping in as the price of Churchill Capital IV shares have soared more than 500% year to date should realize that valuation of the deal will be based on a $10 share price. With today's share price over $62, a post-merger valuation won't be far from approaching the $100 billion level.