There's nothing to be alarmed about.

Shares of Invitae (NVTA 9.25%) closed trading Monday down by 11.1%. The genetic testing company didn't report any news. However, the combination of the Nasdaq Composite Index slipping by nearly 2.5% along with lingering disappointment over the mixed fourth-quarter results Invitae announced last week weighed on the stock.

It's best not to dwell on short-term price swings. Growth stocks such as Invitae tend to be highly volatile. When the overall market goes down, such stocks are likely to experience greater declines than average. That's what we saw with Invitae Monday. 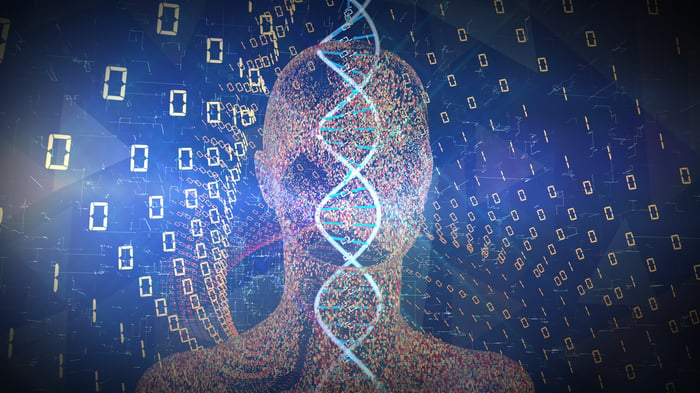 It's also important to understand why Invitae's Q4 results didn't meet expectations. Most of the company's net loss was due to its acquisition of ArcherDX. However, Invitae topped the consensus Wall Street revenue estimate in the fourth quarter.

No investor likes to see one of their stocks fall by a double-digit percentage. But it's wise to look at the big picture. Even with Monday's decline, Invitae is still up by 95% over the last 12 months.

The main thing to watch with Invitae will be how it executes on its growth strategy. Management expects the company to achieve annualized revenue growth of between 50% and 60% over the next several years, and anticipates with revenue will rise by more than 60% in 2021.