The billboard company's fourth-quarter earnings were much better than Wall Street expected.

After business improved in the third quarter, the billboard company's business was struck by a resurgence in COVID-19 cases, which it said caused out-of-home metrics, travel patterns, consumer behavior, and economic activity to all slow down. 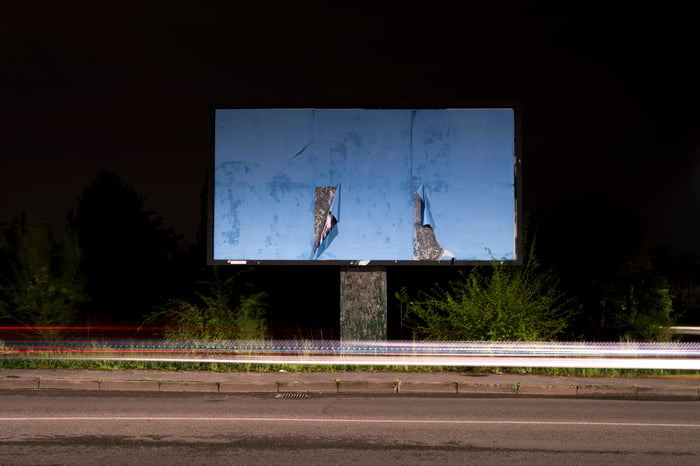 Revenue fell 27% to $541 million as its Americas business declined more sharply than its European business. But it was a better performance than analysts anticipated; their consensus estimate was for a 33% plunge to $496 million.

Similarly, it reported a net loss of $0.07 per share, a penny worse than last year but much better than the $0.18 per-share drop Wall Street forecast.

CEO William Eccleshare said, "We believe we have entered 2021 in a strong position to capitalize on the expected recovery across our markets as we gradually emerge from the global pandemic."

Clear Channel's stock has been trading at its highest levels in almost a year but was at or near the price targets analysts had set for the outdoor signage company. Today's tumble might simply be a case of "buy the rumor, sell the news." The old-school communications stock just might be positioned for another run higher.