The communications sector is broadly defined these days, encompassing everything from century-old legacy media companies to internet stocks. 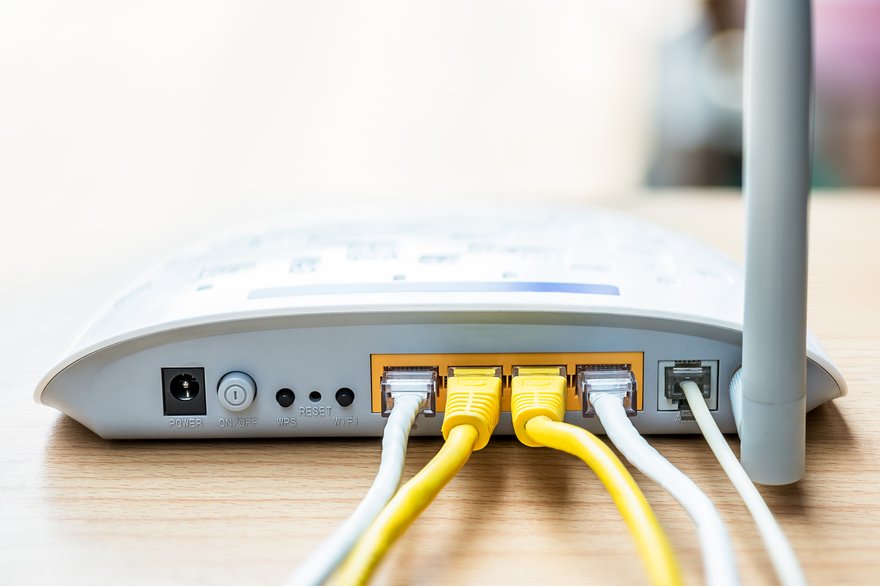 As we grow increasingly connected (and physically apart), the ability to send and receive information over distances becomes increasingly important. The communications sector will continue to produce important and valuable companies.

Here are five of the better stocks that are communicating with investors:

T-Mobile is a leading wireless phone and internet service provider in the U.S. The company found itself in an advantageous position following its acquisition of Sprint in 2020, which provided it with valuable midband radio spectrum.

The carrier has deployed that spectrum quickly, building out the biggest 5G network in the U.S., and its coverage is well ahead of that of its biggest competitors. Going forward, T-Mobile ought to be able to attract customers based on the strength of its brand and service instead of relying on heavy promotions as it did in the previous decade.

T-Mobile is also rolling out home internet service in markets where its mobile network capacity exceeds demand. As part of its merger with Sprint, it committed to covering 90% of rural households with home internet over 5G. That’s a sizable opportunity for the company since most rural areas have limited options for broadband internet. It’s also having success luring urban and suburban customers away from cable internet service. Its goal is to reach 7 million to 8 million broadband subscribers by 2025.

Comcast is the largest cable television and internet service provider in the U.S. While pay TV subscribers continue to decline, its broadband subscriber base is climbing. Comcast is well-positioned to compete with wireless companies. Its cable network is easy to maintain, and it can upgrade service with low incremental costs.

In 2018, the company acquired a majority stake in Sky, a leading pay TV operator in the UK and other European countries. It also operates a media company that produces sports, news, and entertainment television for its European audience.

Comcast’s NBCUniversal is one of the biggest media companies in the world. It includes global film and television productions, as well as a broad portfolio of U.S. cable and broadcast television networks. With access to Sky’s customers, Comcast may expand the reach of NBCUniversal’s productions. NBCUniversal also operates a streaming service, Peacock, which gives it exposure to the direct-to-consumer media market.

Comcast’s core cable business is on a strong footing. NBCUniversal ought to be able to offset declines in pay TV subscribers with the support of the biggest cable distributor in two countries. Comcast is also exploring new opportunities in wireless phone service and video streaming as its legacy businesses face challenges.

Netflix has grown to become one of the most important media companies in the world over the past 15 years. Originally a DVD rental service, it pivoted to streaming video in the late 2000s, distributing licensed content to its subscribers. Now the company spends almost $20 billion annually on both licensed and original content for more than 200 million global subscribers.

Netflix is a beneficiary of the shift from pay TV to streaming entertainment. As the market leader in the space, it has the capital to invest in more content than its competitors and take more risks with its budget. As a result, it produces some of the best and most popular shows on television.

However, new competition and market saturation have recently led to slower subscriber growth. In fact, Netflix lost subscribers in the first half of 2022. Management has continued to implement strategic price increases, though, leading to strong revenue growth. It’s also launching an ad-supported service tier in 2023 aimed at spurring new subscriber growth at a lower price point.

The core of Alphabet is Google, which encompasses its namesake leading internet search engine, YouTube, Gmail, Android, and more. Google’s services are used by billions of people around the world, making it integral to how we communicate in modern life.

Google’s business is primarily supported by advertising. Its search engine is able to serve highly targeted ads based on search terms. User data collected from other Google products such as YouTube, Gmail, and Maps help improve its targeting. The sheer number of people using Google’s services makes it extremely attractive to advertisers looking to reach a broad audience, but its targeting capabilities make it suitable for any advertiser.

As the owner of the most popular mobile operating system, Google largely controls its own destiny. Other digital advertising companies are subject to the whims of the platforms that host their products; Google is insulated from their impact. Additionally, its reliance on real-time search queries as the basis for its ad products means it doesn’t fully rely on user profiles to target ads.

Meta Platforms changed the way we connect with friends and acquaintances with Facebook, and it has built Instagram into much more than just a photo-sharing app. It also counts billions of users across its messaging apps -- WhatsApp and Messenger. Meta’s products are the primary way some people communicate with others today.

The vast majority of Meta’s revenue comes from digital advertising on Facebook and Instagram. Its trove of user data develops accurate user profiles and serves up the right ad at the right time to the right person for maximum effectiveness. As a result, its ads earn a premium price from marketers compared to other social media platforms. While the company faces headwinds from changes to data sharing across apps on mobile operating systems, it’s still in a much stronger position than other social media companies.

Meanwhile, Meta is working to develop key technologies and platforms for the metaverse, the next iteration of the internet involving virtual and augmented reality. The company has changed its name to sharpen its focus. It also started breaking out results for its Reality Labs segment, which is currently recording billions of dollars in annual operating losses.

CEO Mark Zuckerberg views the metaverse as an extended reality where people can work, play, and stay connected with friends and acquaintances. Owning the primary virtual reality platform for accessing the metaverse could prove extremely beneficial for the digital advertising company. In the meantime, however, it’s taking big operating losses as its advertising business faces a setback.

How to analyze communications stocks

The communications sector is broad and encompasses many different fields. It’s generally best to compare communications companies that mainly operate in the same industries or that are at similar stages of growth.

A communications company's user base size and engagement trends can provide insights into how a business or product is performing relative to the competition. One useful metric to consider is revenue per user, which investors might evaluate across a business segment or individual service. Many communications companies across industries will break out revenue on a per-account basis, providing a good measuring stick for comparing it to peers. And, if you factor in how quickly the user base is growing, you can get an even better understanding of how two companies compare.

Companies that return cash to shareholders through dividends can deliver strong results even if earnings increase relatively slowly. Within the communication services sector, telecommunications companies are more likely to pay dividends than information technology companies.

On the other hand, the earnings growth for dividend payers is typically slower. When you’re analyzing dividend-paying stocks, the key metrics include dividend yield, cash flow, and the number of consecutive years that a company has increased its payout.

Investors should also pay attention to a company’s expenses and whether those expenses are generating profit. For telecommunications companies, it’s important that capital expenditures -- money that companies invest to acquire and maintain crucial infrastructure such as internet cables, satellites, cell towers, and radio spectrum licenses -- are kept under control. For information technology companies, research and development and content spending are indicators of how much they are prioritizing the creation of technology and products that can drive growth.

Watching others play video games is now big business. These companies are leading the way.

The communications sector is poised to grow

The amount of data moving over long distances is growing every year. Whether it’s a simple text message on a mobile device, a film streamed over the internet, or important classified business communications, internet connectivity and 5G networks will only increase in importance, along with platforms that deliver information. Buying strong companies across the communications sector should produce good returns for investors as this trend continues.

Why Alphabet Stock Was a Dog on Monday