Telecom companies provide the technology that ties together our increasingly connected world. Companies in this sector provide phone, internet, and television services and the infrastructure to support them.

The sector is often attractive to more conservative investors looking for dividend-yielding stocks, but it’s also full of companies with good potential for capital appreciation. Here’s how to find top telecommunications stocks for your portfolio.

The telecom industry is rapidly changing in the current economic climate. Find the latest information in the newsfeed at the end of this article.

What are the best telecom stocks?

Verizon Communications (NYSE:VZ) is the largest wireless carrier in the U.S. That scale produces excellent free cash flow and superior gross margin versus its peers. Unfortunately, that scale doesn’t translate into its wireline business, where it goes up against much larger competitors with better and cheaper infrastructure, like Comcast (NASDAQ:CMCSA). Verizon’s management recognizes its disadvantage in that area, though, and has taken steps to cull its wireline business, divesting assets over the years.

While competitors like AT&T (NYSE:T) have taken on significant debt while expanding well beyond the telecommunications industry, Verizon’s management has kept debt in check. Where it’s made bets outside its wheelhouse, it’s kept them relatively small. It kept debt levels stable while its competitors increased their leverage to fund acquisitions.

Investors interested in Verizon’s dividend yield can rest assured of its relative safety. Verizon’s cash flow consistently exceeds its dividend payment. And with the recurring nature of its revenue, it’s unlikely to see a significant drop in cash flow anytime soon.

Comcast is the largest pay-TV and home internet service provider in the United States. While it also owns NBCUniversal, a giant in the entertainment industry, Comcast’s biggest source of revenue and profits is its cable communications business.

Importantly, while AT&T and Verizon have been struggling to tread water in the home internet market, Comcast brings in hundreds of thousands of new subscribers every year. The relatively high margin on those customers has enabled the company to offset its video subscriber losses and still grow EBITDA at a strong rate.

Comcast also operates Sky, a dominant pay-TV operator throughout Europe, which it acquired in 2018. Comcast’s strengths in content through its NBCUniversal arm ought to support the continued expansion of Sky throughout the continent. Meanwhile, Sky provides a platform for NBCUniversal’s plans for direct-to-consumer streaming in Europe.

The high price Comcast ended up paying for the company left it with a lot of debt on the balance sheet, but nothing it can’t handle with its strong free cash flow and improving margins. 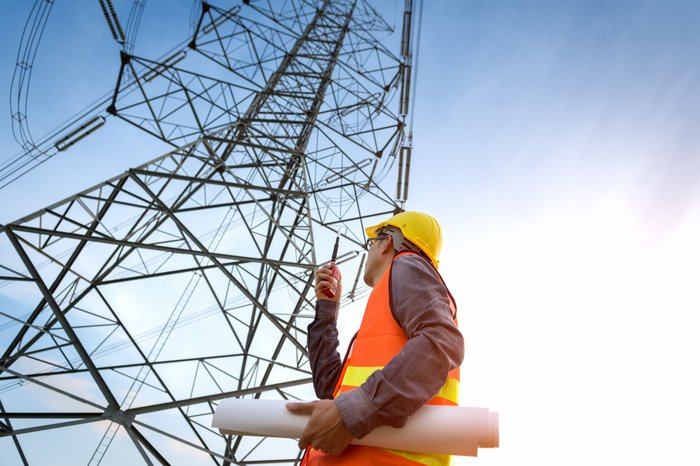 American Tower’s large number of cell sites puts it in a good position to take advantage of the increasing demand for mobile data. As wireless carriers look to upgrade their networks, requiring new cell sites and equipment, American Tower could see an increase in the number of tenants per tower in the U.S. Meanwhile, its position in several strong growth markets internationally should lead to strong growth as well.

The use of small cells in 5G networks could prove a challenge for American Tower, due to its limited exposure. Rival Crown Castle (NYSE:CCI) has invested heavily in small cells, betting these will be the backbone of 5G networks. But American Tower believes its towers are best suited for building out a 5G network in the more suburban and rural areas where you can find most of its sites. With less dense populations, there’s less need for small cell technology.

As a real estate investment trust, American Tower pays out at least 90% of its taxable income to shareholders every quarter. And with a strong position in the growing U.S. market, sites in many developing markets, high switching costs for its tenants, and contractual annual rate increases, investors should expect both net income and dividends paid to keep climbing.

Makers and distributors of films, TV shows, music, and other entertainment programming.

A vast sector that often overlaps with the telecom industry.

How can I find a good telecom stock?

I admire the stocks listed above, but you can pick your own great telecom stocks, too! Here's how.

1. Make sure they measure up

Investors looking for a good telecom stock should pay attention to the following five factors:

2. Pay attention to the trends driving the telecom industry

The biggest trend driving the telecom industry is the need for faster connections and the increasing number of internet-connected devices. Wireless carriers in the U.S. and around the world are working to build out their 5G networks as quickly as possible in order to support demand from both consumers and enterprises.

The growth of the internet of things, smart cities, and the number of consumer devices like smartphones, wearables, and smart speakers in use is increasing the need for networks to be able to handle a lot of connections at once. And as more cloud computing processing moves to edge computing, there’ll be an increased need for more dense communications networks.

The best telecommunications stocks are usually already market leaders. In an industry where scale represents a big competitive advantage, investing in the companies that are already winning can be a good strategy. As long as these companies continue to push the competition forward while maintaining good fiscal discipline, they should continue to reward investors with strong returns through stock price appreciation, dividends, or both. 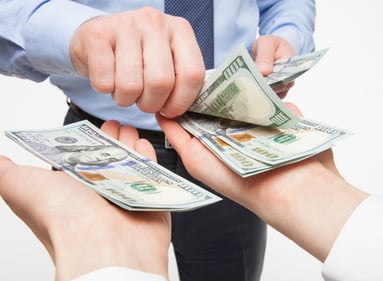 These great companies are veritable money machines for their shareholders. 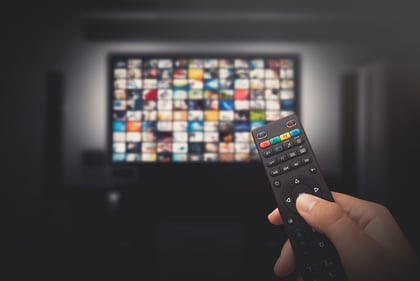 Competing studios and media owners are starting to cooperate on a limited basis in order to maximize revenue. 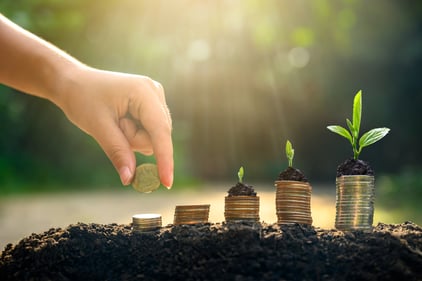 If you're looking to build wealth, these stocks are a great place to start. 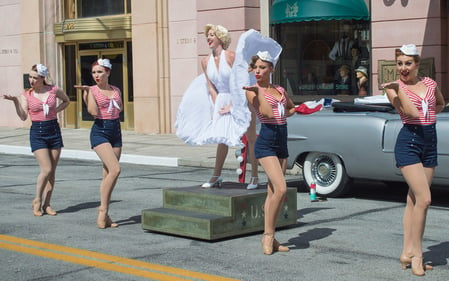 Comcast's Universal Orlando resort is introducing a high-tech stunt show while most of its peers are holding back on new rollouts. 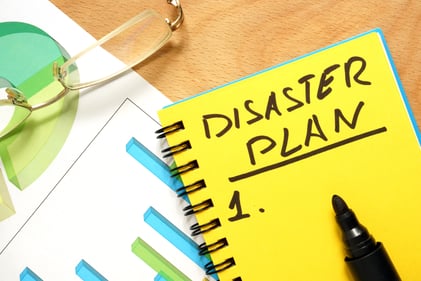 Thinking of Buying AT&T Stock? Here's What You Need to Know

Its high yield may make this dividend stock interesting to income investors, but the telecom giant has some troubles it will need to overcome. 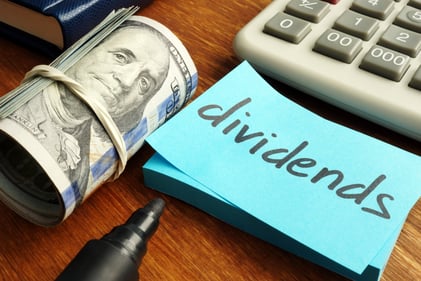 4 Stocks to Buy With Dividends Yielding More Than 4%

Interest rates may be at rock-bottom levels, but that doesn't mean income investors can't step into some nice payouts. 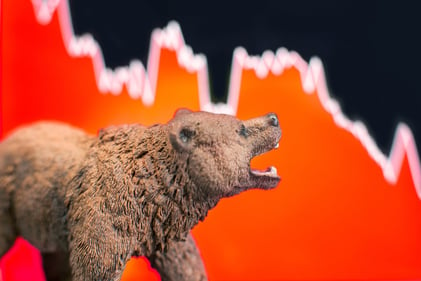 Take $2,000 and Protect Your Portfolio With These 3 Stocks

For those who don't want the risk of investing 100% of their money in high-flying stocks, these companies fit the bill. 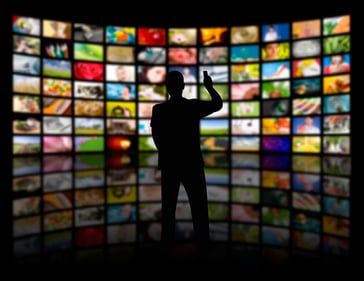 Is It Too Late for New Subscription Video Services?

The growth in subscription streaming hours will slow considerably over the next couple years. 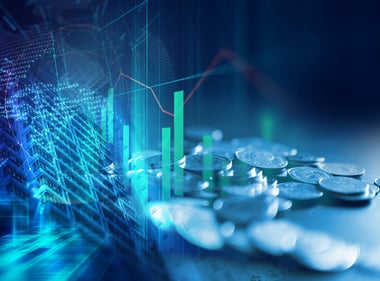 3 Tech Stocks With Dividend Yields Above 5%

Income investors will appreciate their sustainable payouts, as well as their potential for share price growth. 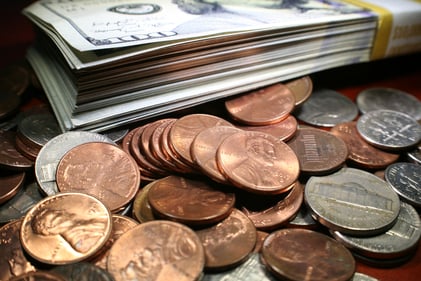 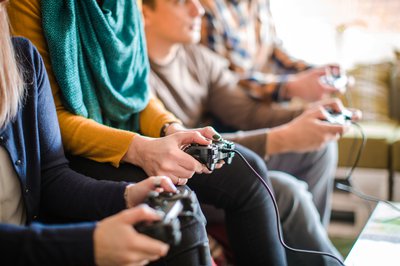