Edge computing reduces the time it takes to receive information (the latency) and decreases the amount of traffic traveling across the internet's primary infrastructure. Businesses that want to increase the performance of their services for employees, customers, and smart devices can take advantage of edge computing to bring their apps out of the cloud and host them at smaller localized data centers.

Edge computing is expected to be a double-digit percentage growth industry in the 2020s. The best edge computing companies are helping to enable tech advancements such as artificial intelligence (AI) and 5G mobile networks and supporting trends such as remote work and e-commerce in the wake of the COVID-19 pandemic. 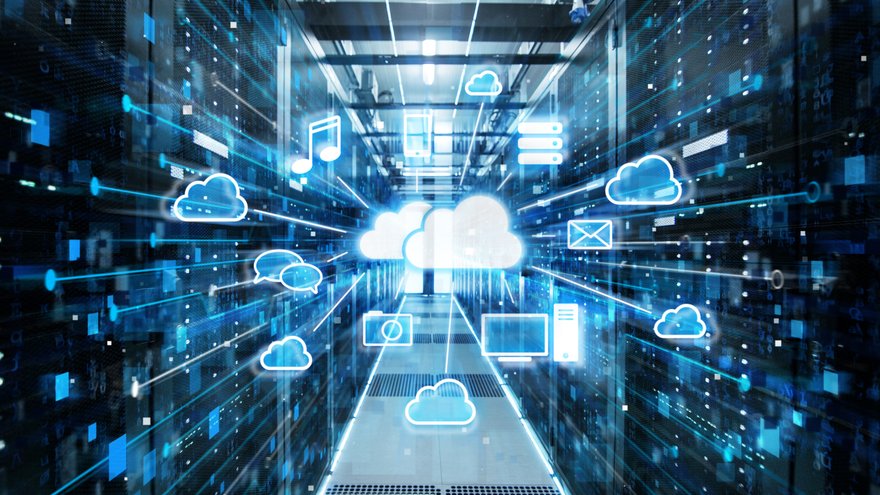 The best edge computing companies are sorted and described below.

It's important to remember that, in many ways, edge computing is an extension of the cloud. As such, some familiar names are playing key roles in the expansion of edge networks. For investors who want broad exposure to this emerging trend with less risk than with a small-cap, pure-play edge computing company, these stocks are a good starting point.

1. Nvidia (NASDAQ:NVDA): Semiconductor companies are designing new chips and equipment to enable the faster computing power needed for many edge network applications such as AI, connected and autonomous machines and robotics, and augmented and virtual reality. Few companies are investing more in research and development than Nvidia.

The company’s graphics processing units (GPUs) are already being put in centralized, cloud-based data centers as computing accelerators. But Nvidia envisions applying its GPU technology beyond centralized locations. It’s expanding its hardware designs to address AI, robotics, self-driving cars, and other tech that will benefit greatly from edge computing infrastructure.

Besides hardware, Nvidia is also developing a library of software that users can license to create new services built at the network edge. When it comes to a nuts-and-bolts investment in edge computing networks, Nvidia should be top of mind.

2. Arista Networks (NYSE:ANET): This network equipment designer began as a pioneer in software-driven cloud computing equipment for the public cloud giants. Now it’s turning its attention to what it calls “campus cloud” -- smaller data centers for organizations’ private use. This extension of cloud computing at a localized level was a business that topped $100 million for Arista in its first year, and it’s growing at a rapid pace as smaller businesses invest in their own data centers to support their digital transformation.

Besides hardware for edge computing, Arista has an extensive portfolio of infrastructure software for managing local networks enabled by edge computing. Cybersecurity for these new computing networks is a top priority, so Arista made a couple of acquisitions in 2020 to complement its existing suite of services and strengthen its lead in building the networking infrastructure of the future.

Content delivery networks (CDNs) are responsible for moving and securing data between parties. These internet infrastructure companies manage the flow of information online and play an important role in migrating data from the cloud to the edge.

1. Akamai (NASDAQ:AKAM): Akamai is the largest CDN in the world, handling a sizable piece of all daily data traveling on the internet. The company has been around since the dot-com era and has been growing at a steady pace as the level of traffic on the internet increases every year.

As a leader in managing web infrastructure, it’s not surprising that Akamai is betting on edge computing. Moving internet infrastructure and operations closer to users is becoming the norm, so Akamai’s network performance and security platforms are evolving. This isn’t the fastest-growing name around, but for a steady bet on the evolution of the internet, Akamai is a solid pick.

2. Fastly (NYSE:FSLY): Akamai isn’t alone in managing web traffic. Since the internet was intended to be a distributed network of data, it accommodates many network traffic facilitators. Some newcomers in the CDN realm are promising, including Fastly. After completing its IPO in 2019, the company had a few missteps in 2021 relating to customer service outages. Fastly’s revenue growth slowed dramatically as a result.

Fastly helps publishers, online retailers, financial service firms, and others to quickly deploy websites and apps close to their consumers to improve performance. Security is built into its CDN to help keep data safe as it makes its way to the end user. The stock has struggled, but Fastly remains a top CDN helping to bring next-gen websites, video, and apps to the network edge for its customers.

3. Cloudflare (NYSE:NET): Similarly, Cloudflare is a software-based CDN operating at the network edge. It offers myriad security products and development tools for software engineers and web developers. Like Fastly, the company also completed its IPO in 2019 and is looking to disrupt cloud infrastructure services such as Amazon’s AWS.

Cloudflare has gained millions of users with a unique go-to-market strategy: It launches a new product for free (with paid premium features) to acquire lots of individual and small business customers and then markets its new product to big enterprise customers. Cloudflare has created a massive ecosystem that it can leverage to land new deals and later expand on those relationships. It’s what makes this company a top edge computing pick since businesses and developers continue to flock to its next-gen edge network platform.

For those not interested in picking individual stocks in the growing edge computing industry, ETFs, or exchange-traded funds, are an option. However, many still view edge computing as an extension of the cloud, so an investment in any of these ETFs won’t be a pure play on edge networks. Rather, broader-based cloud ETFs are currently the only option.

1. First Trust Cloud Computing ETF (NASDAQ:SKYY): This fund is the largest cloud computing ETF. It was launched in 2011 and has more than $4.8 billion in assets under management. The fund is composed of 71 stocks -- including the ones mentioned above -- as well as numerous software companies (such as those focused on cybersecurity) that are important parts of edge networks. Data center real estate investment trusts also feature prominently. The ETF has an annual expense ratio of 0.6% (costing $6 annually for every $1,000 invested).

3. ARK Next Generation Internet ETF (NYSEMKT:ARKW): If an actively managed fund -- one for which the investment holdings are not tied to an index -- is what you’re after, then the ARK Next Generation Internet ETF may be right for you. It was launched in 2014 by innovation investor Cathie Wood and has accumulated almost $2.4 billion in assets under management. It has a relatively high annual expense ratio (0.79%), but ARK’s investment team has managed to match the returns of many of its peers despite a massive sell-off in late 2021 and early 2022.
The fund’s goal is to invest in rising internet trends and companies that use the web to deliver services, so it may not have or maintain a focus on edge computing. Nevertheless, if the network edge does expand as expected, then edge computing will be a prominent theme within the ARK Next Generation Internet ETF.

Edge computing is a long-term play

Edge computing is a long-term investment theme that springs from the massive cloud-computing industry and is projected to outpace overall cloud growth in the coming years. As a result, expect to see new companies and potential IPOs popping up in this space.

As is usually the case with high-growth stocks, investing in edge computing companies is prone to volatility. Share prices of the smallest and fastest-growing companies will always be volatile. But this is a long-term trend, so stay focused on the potential for the edge computing market years into the future as internet use continues to evolve and grow.

Beginner's Guide to Investing in Stocks