Cloud computing boomed during the 2010s, but growth in this next-gen IT industry is just beginning. For years, organizations around the globe have been migrating their operations to the cloud -- digital data and services stored within a remote data center and accessed via the internet -- but the pandemic and the rise of remote work have accelerated the trend.

Tech researcher Gartner (NYSE:IT) projects that spending on global cloud computing (as well as edge computing) will increase from about $250 billion in 2020 to more than $360 billion in 2022. Cloud computing is also closely tied to other tech developments such as mobile 5G networks, the Internet of Things, and artificial intelligence. By the end of the decade, some estimates put total annual global cloud spending at $1 trillion. Cloud computing stocks are a top investment theme for 2021 and the decade ahead. 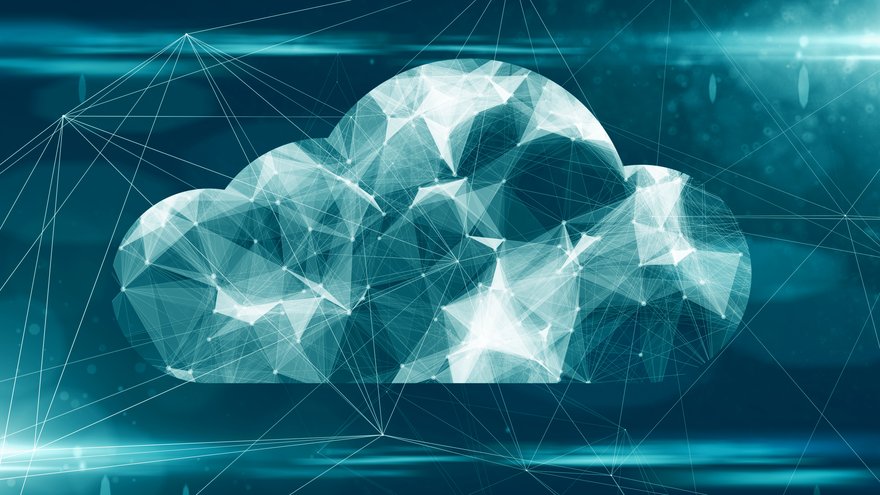 Investing in cloud computing stocks in 2023

To get started, the best cloud stocks to invest in are the three largest public cloud giants: Amazon (NASDAQ:AMZN) and its Amazon Web Services; Microsoft (NASDAQ:MSFT), for Azure; and Alphabet (NASDAQ:GOOGL) (NASDAQ:GOOG), for Google Cloud. While these companies aren’t pure plays in the cloud industry, all three provide infrastructure and services for organizations undertaking a digital transformation (a phrase that encompasses the migration to cloud-based operations). They have the most complete ecosystems of software and partnerships with third-party software-as-a-service providers.

Beyond those big three, here are seven more focused companies that provide portfolio exposure to the development of the cloud:

When talking about cloud computing, Salesforce (NYSE:CRM) needs to be part of the conversation. The customer relationship management specialist was a pioneer of software that uses cloud technology starting in the late 1990s. Salesforce has since branched out to other areas of enterprise software via organic growth and a steady stream of acquisitions.

Salesforce’s recent takeover of remote work and collaboration tool Slack will likely put it on a collision course with Microsoft’s Teams collaboration suite.

Due to its success in becoming a full-blown tech platform for businesses of all types and sizes, Salesforce is also a top way to play smaller cloud upstarts. It regularly invests in, or acquires stakes in, smaller cloud peers such as Snowflake (NYSE:SNOW) before its initial public offering (IPO) last year. More recently, it acquired a stake in hot IPO Monday.com (NASDAQ:MNDY).

Highly profitable and investing heavily to maximize expansion, Salesforce could realize founder and CEO Marc Benioff’s goal of becoming one of the world’s largest technology companies within the next decade.

Software company Adobe (NASDAQ:ADBE) got its start in an IT era that predates both the cloud and the internet. But it has transformed itself into a leader in cloud services by adapting its large and expanding platform to the cloud era. Adobe’s core competencies in providing creativity software and document editing have made it a staple of digital transformation.

While it isn’t a serial acquirer like Salesforce, Adobe has made some big moves to round out its software suite. In 2018, it acquired small firms Marketo and Magento to bolster its position as a partner for e-commerce companies. In late 2020, it purchased Workfront to add workflow and project management solutions to its arsenal. Most recently, Adobe took over video editing collaboration software firm Frame.io.

Paired with the organic growth Adobe’s legacy offerings still generate, this firm is a top free cash flow generator in the cloud industry. It deserves consideration as a core portfolio holding.

Few companies have skyrocketed out of obscurity and into household name status as quickly as Zoom (NASDAQ:ZM). The videoconferencing service has become a staple during the pandemic by helping family members and business teams stay in touch from afar (as it turns out, many pre-pandemic in-person meetings weren’t all that necessary after all). Zoom is poised to continue on as a basic necessity of corporate communications services long after pandemic restrictions end.

Zoom made a splash in the summer of 2021 when it announced its intention to acquire corporate contact center specialist Five9 (NASDAQ:FIVN). The deal was voted down by Five9 shareholders, but Zoom nonetheless announced its own product on this front and called it Video Engagement Center. Clearly Zoom is eyeing a bigger piece of the massive global telecom industry by going after large business communications accounts.

Zoom is also benefiting from changes in personal communications. Mobile phone service is a modern necessity, but cloud-based video interactions could be a serious disruptor of traditional telecommunications companies in the years ahead. As internet access expands, staying in touch could become untethered from phone companies and favor cloud software providers instead.

Veeva Systems (NASDAQ:VEEV) offers services for life science organizations such as biotech, pharmaceutical, and other healthcare companies. Its services include customer relationship management, data management, and compliance. Veeva made a recent foray into digital services for smaller healthcare firms such as doctors’ offices and medical centers. More recently, it acquired online education company Learnaboutgmp to bolster its own library of pharma and biotech training. The company is in the early stages of expanding its scope to cover consumer goods and chemical companies.

Veeva's revenue has steadily grown at a double-digit percentage rate for years. Its profitability has expanded at an even faster pace as it gets more efficient with larger scale. The company's growth will likely continue as Veeva brings digital transformation to the massive life sciences industry. Constantly adding new features to its ecosystem, the company provides portfolio exposure to healthcare digitization without having to pick a specific winner within that large and fragmented industry.

Netflix (NASDAQ:NFLX) made streaming TV from the cloud an everyday staple, but streaming now encompasses much more than just television. With the video game industry also migrating to the cloud, Unity Software (NYSE:U) is helping game developers make the transition. Unity, which had its IPO in 2020, is a leading real-time 3D content creation platform. Millions of creators use its software, and billions of users download apps built with Unity every year.

3D content isn’t just for video games, though. The company is proving itself useful as a tool for graphic designers, engineers, architects, movie and TV production studios, and even online educators. For example, Volkswagen (OTC:VWAGY) and Toyota Motor Corp. (NYSE:TM) are using Unity to create interactive and collaborative auto designs. It’s also a unified service that helps content creators collaborate with one another remotely, deploy their apps, market them, and manage them in real time.

With Apple (NASDAQ:AAPL) making recent user privacy changes that make it harder for some app developers to monetize their work, Unity is also expanding its digital advertising business. It recently launched new features that allow app publishers to sell and optimize marketer bidding on ad time they list for sale. The company’s roots are in video games, but it’s fast becoming a cloud platform that works across multiple industries. As the digital world becomes more influential on real-world decisions, Unity looks like a top software service investment for the 2020s.

When it comes to streaming TV, lots of new internet-based services have come to market in the past couple of years. This has been a boon for digital advertising technologists such as The Trade Desk (NASDAQ:TTD), a cloud-based offering that helps marketers automate the purchase of digital advertising (known as programmatic advertising). Digital ads are dominated by Google and Meta Platforms (NASDAQ:FB), which is the new name of Facebook’s parent company, but The Trade Desk’s cloud-based marketing management tools have won over lots of users. It now ranks as the largest independent digital ad management software company.

Despite massive internet growth in the past decade, just over half of marketing spending takes place in a digital format. Digital ads will continue to be a fast-growing industry in the next decade -- especially in at-home entertainment as TV and movies move to an on-demand internet streaming format.

In the coming years, streaming services will pick up millions of new household subscribers and account for billions of additional hours spent viewing content. That creates a huge opportunity for The Trade Desk as it manages connected TV advertising activity. Still a small company in a digital marketing industry worth almost $1 trillion annually and growing, the sky’s the limit for The Trade Desk.

DigitalOcean (NASDAQ:DOCN) is a fresh face in the cloud computing space. It recently completed its first public offering of stock in early 2021. It’s a public cloud infrastructure and software provider similar to Amazon’s AWS, Microsoft Azure, and Google Cloud. But the big three are focusing their attention on large enterprises, and DigitalOcean is aiming at the large but underserved small business and start-up community.

This is a lucrative niche. Most IT investments are made by large organizations, yet small businesses still make up about half of the global economy’s production. However, most are far behind the curve in making needed digital transformation. That’s where DigitalOcean comes in, providing a full range of affordable services to help these small companies find their way in a new era.

For investors not interested in attempting to pick the best cloud stocks, exchange-traded funds (ETFs) are also an option. The First Trust Cloud Computing ETF (NASDAQ:SKYY) is the largest cloud ETF around, with about $6.7 billion in assets under management. The fund is a basket of 66 cloud infrastructure and software stocks. It has an ETF expense ratio of 0.6%, meaning it costs $6 per year for every $1,000 invested.

A more recent arrival is the Global X Cloud Computing ETF (NASDAQ:CLOU). Since the fund launched in early 2019, GlobalX’s cloud ETF has outperformed First Trust’s offering due to its more narrow focus on just 33 stocks, most of which are software companies. The fund is smaller, with less than $2 billion in assets under management. It has a slightly higher annual expense ratio of 0.68%.

Software as a service has been a growth driver in the tech industry.

Investing in Internet of Things Stocks

Cloud computing has picked up steam during the COVID-19 pandemic. More efficient than legacy IT, it enables new technology such as artificial intelligence (AI) and machine learning, and it gives organizations and their employees more flexibility with important functions such as remote work. The cloud is quickly becoming the basic infrastructure of the future.

As is the case with all high-growth stocks, though, investing in cloud companies will have bumps in the road. Investors should stay focused on the long-term potential, not just stock price performance over the course of a year or two. Nevertheless, this long-term secular growth trend is poised to remain intact for the next decade and beyond. Cloud stocks should be a top investment priority in 2021.