Who Is Mark Zuckerberg?

Meet the man who became a billionaire at age 23.

Mark Zuckerberg is the brain behind Facebook and one of the world's richest people. Here's a look at how he made his wealth and where he invests it.

Who is Mark Zuckerberg?

Zuckerberg is the co-founder and CEO of Meta Platforms (NASDAQ:FB), the parent company of Facebook. He's also a college dropout, philanthropist, and self-taught computer programmer.

In 2007, Zuckerberg became the world's youngest billionaire at age 23. In  2021, Forbes ranked Zuckerberg the fifth-richest person on the planet. 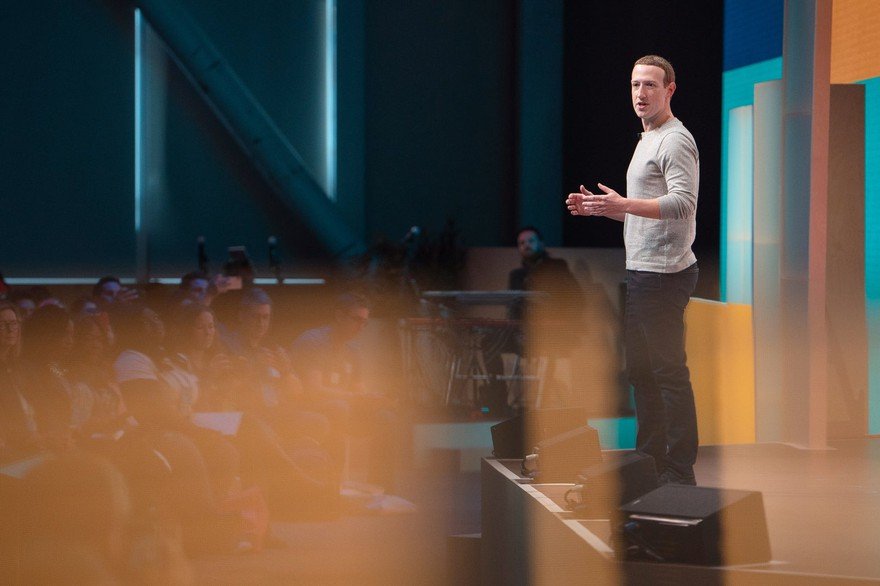 The history of Mark Zuckerberg

Zuckerberg transformed himself from college student to billionaire between 2004 and 2007. Here are the highlights of his progression:

Zuckerberg is a famous investor, although he's not a fund manager type like Warren Buffett, Ray Dalio, or Carl Icahn. Those guys increased their wealth by learning to pick good companies that already existed. Zuckerberg's path was different. He found his fortune through entrepreneurship -- building a single company from the ground up.

Zuckerberg's public interviews typically center on Facebook and Meta Platforms, rather than his investing style or which stocks to buy. Still, it's possible to glean a sense of his style by looking at the projects he personally funds and the companies he's rolled into his Meta Platforms empire.

Zuckerberg investments: Many of Zuckerberg's personal projects are cause-driven. Recent investments and grants funded by CZI have focused on technological solutions for healthcare, climate change, and education. Some of the companies that Zuckerberg has supported include:

Meta Platforms investments: Meta's early acquisition strategy involved buying up potential rivals such as Instagram in 2012 and WhatsApp in 2014. But, in recent years, the company has used acquisitions to position itself as a leader in the metaverse.

The metaverse is a mashup of virtual reality (VR) and augmented reality (AR). Zuckerberg sees it as the next evolution of the internet where users can connect, interact, and have immersive virtual experiences. His attachment to the concept drove the company's 2021 name change from Facebook to Meta Platforms.

Meta has been building its VR and AR resources since its 2014 acquisition of Oculus VR. More recent purchases include VR game-makers Downpour Interactive and BigBox VR, VR/AR optics company ImagineOptix, and CTRL-Labs, makers of a wristband that activates and controls a virtual hand.

Takeaways for individual investors: As an individual investor, your financial goals probably don't match Zuckerberg's. You may not have corporate rivals, for example, or the resources to battle large-scale global climate change. Still, there are some investing strategies you can copy from Zuckerberg, CZI, and Meta:

Zuckerberg's largest investment by far is his position in Meta Platforms. He owns about 400 million shares of Meta, which comprise the bulk of his $80 billion net worth.

Three of Zuckerberg's best investing decisions were made through Meta -- Instagram, WhatsApp, and Oculus. Another good bet was Intercom, which landed in his portfolio by way of Iconiq Capital. Iconiq is a private venture capital firm with Zuckerberg and other billionaires on its client list.

Meta purchased Instagram in 2012 for $1 billion. At the time, the photo-sharing app had 50 million users and no revenue. Since then, the Instagram base has grown to more than 1 billion users globally. The app also generates an estimated $20 billion annually in advertising revenue.

In 2018, Bloomberg pegged Instagram's stand-alone value at $100 billion. The value increase from $1 billion to $100 billion in six years equates to a compound annual growth rate of 115%.

Two years after the Instagram buy, Meta bought the messenger app WhatsApp for an eye-popping $19 billion. The company wasn't profitable, but the driver of the deal was WhatsApp's momentum. The app had 450 million users and was adding 1 million users daily.

That user growth has continued. In 2020, WhatsApp reported 2 billion users worldwide. Meta has since dropped WhatsApp's original revenue generator, a $1 subscription fee. Instead, Meta is pushing WhatsApp business users to paid services such as ad campaigns on Facebook and Instagram. Meta does not break out the revenue impact of this strategy.

Meta bought VR headset maker Oculus VR in 2014 for $2 billion. Eight years later, it's tough to argue the purchase has paid off -- yet. Oculus is the leader in its space, owning a 75% share in VR headsets, according to research company IDC. And, Oculus sales have grown from an estimated 3.5 million devices in 2020 to an estimated range of 5.3 million to 6.8 million in 2021.

The growth is promising, but there's a bigger picture for Oculus that hasn't yet materialized. Recently renamed Meta Quest, the company stands to be the launching pad for Meta's domination of the metaverse.

The latest headset release, Meta Quest 2, provides quick access to the metaverse at a starting price point of $400. If that drives increased user engagement and interest in the metaverse, then Meta's bigger strategy starts to take shape. That could make the Oculus acquisition Zuckerberg's smartest move to date.

Intercom launched in 2011 in Dublin, Ireland. Zuckerberg got involved via Iconiq with the 2014 Series C round that raised Intercom's total funding to $66 million. Four years later, the messaging software company raised another $125 million at a $1.3 billion valuation.

In 2021, Intercom  CEO Karen Peacock confirmed that the company was preparing for an IPO, so this could be one to watch. Peacock didn't specify a timeline for the offering, but she did say that Intercom's revenues had significantly grown since 2018. That pushes the company's value beyond the $1.3 billion mark from its Series D round.

The Oracle of Omaha is one of the most successful investors ever. What's in his portfolio?

One of the most successful investors of modern times has a specific investing strategy.

Take a look at some of the most famous investors in the world and what they have in common.

Get a list of the most highly paid CEOs in the world -- and notice the one thread that runs through them all.

The simplest way to copy Zuckerberg's investment portfolio is to buy shares in Meta. That would provide exposure to Instagram and Facebook, plus the emerging metaverse.

Meta is spending billions to deliver on its metaverse vision. The investment will temper the growth delivered by the company's more mature social media properties. This dynamic has many investors nervous about Meta's future, which has recently pushed down its stock price. If you believe in the metaverse strategy, now might be the time to buy Meta and other metaverse stocks.

Zuckerberg's other investments are mainly private placements that aren't universally accessible. Still, you can channel his style by investing in trends and causes that interest you. Impact funds, innovation funds, and disruptive tech funds are good starting points for your research.

Why Napco Security Technologies Rose as Much as 18% Today

Why Atlassian Stock Soared in January