Please ensure Javascript is enabled for purposes of website accessibility
Log In Help Join The Motley Fool
Free Article Join Over 1 Million Premium Members And Get More In-Depth Stock Guidance and Research
By Reuben Gregg Brewer - Mar 1, 2021 at 10:31AM

Shares of U.S. energy company NRG Energy (NRG 1.01%) rose a dramatic 18% in the first half hour of trading on March 1. The big news was earnings, but the story is a little bigger than it seems.

NRG Energy's revenue for the full year 2020 came in at $9.1 billion with earnings of $2.07 per share. Both numbers were lower year over year, but that wasn't the main driver of investor enthusiasm in early trading this morning. The bigger story is that NRG Energy has material exposure to Texas. That state was hit particularly hard by winter weather in mid-Februrary, leaving residents without electricity and, thus, also without heat and hot water. It was a mess and the energy market went a little haywire, as natural gas prices skyrocketed because of a complex series of unfortunate events. 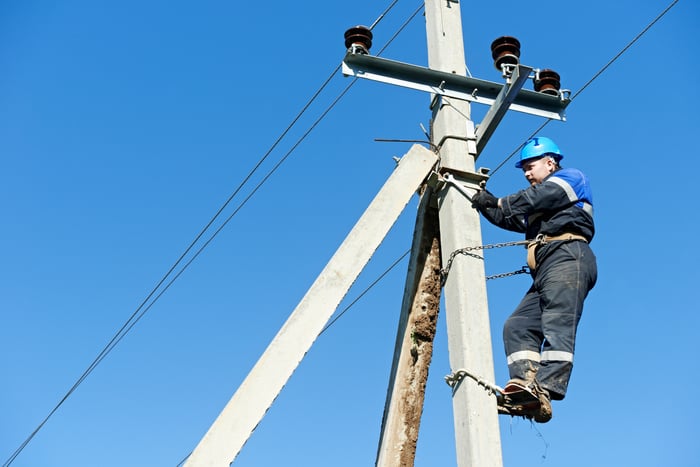 The really big takeaway from NRG Energy's earnings release wasn't what it did in the fourth quarter or last year. It was most likely this statement: "Based on a preliminary analysis, Winter Storm Uri's financial impact is expected to be within NRG's current guidance range." That suggests that adjusted EBITDA will increase from $2 billion in 2020 to somewhere between $2.4 billion and $2.6 billion, per the company's guidance, despite the problems in Texas. This update, which shows that the company's growth hasn't been derailed by a one-off weather event, allowed investors to breathe easy again and, it seems, jump back into the stock.

With the fears surrounding the financial impact of Texas' recent weather out of the way, for the most part, investors can again critically assess NRG Energy and its long-term growth plans. And if the company's projections prove correct, things still seem to be on a solid path.