Please ensure Javascript is enabled for purposes of website accessibility
Log In Help Join The Motley Fool
Free Article Join Over 1 Million Premium Members And Get More In-Depth Stock Guidance and Research
By Howard Smith - Mar 2, 2021 at 9:35AM

The automaker will produce nothing but EVs by 2030.

Sweden-based automaker Volvo Car Group announced today that it will convert to a fully electric-car brand by 2030. The automaker, owned by Chinese firm Geely Automobile Holdings (GELYY 0.11%), will accelerate production of its Recharge line that currently has five plug-in hybrid models and plans for a full electric powertrain.

The automaker is joining the ranks of other brands including General Motors (GM 1.35%) and Ford (F 1.71%) in making the conversion away from fossil fuels. GM has said it will exclusively offer electric vehicles by 2035, and Ford plans to transition gradually over the next decade. Beginning in 2024, Ford says, its entire commercial lineup will be "zero-emissions capable, all-electric, or plug-in hybrid." 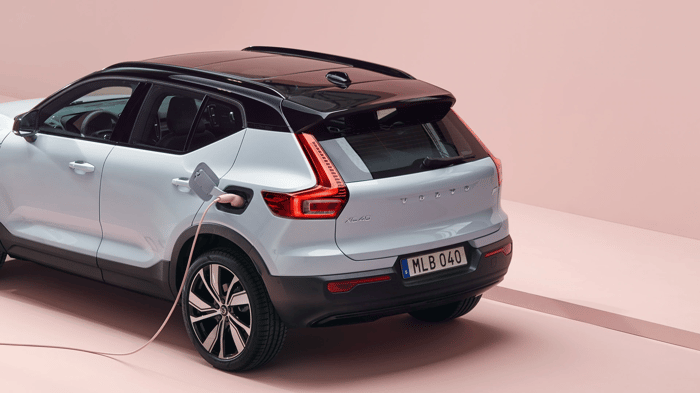 Volvo said sales of vehicles in its Recharge lineup more than doubled in the second half of 2020, and that those models encompassed 30% of total sales in Europe. The company's announcement to go fully electric includes the commitment to phase out all internal combustion vehicles, including hybrids, by 2030. It is part of a plan to be a "climate neutral" company by 2040.

Volvo will also focus on digital sales channels, with all of its fully electric models available for online purchase only. It expects 50% of global sales to be all-electric by 2025, on its way to the 2030 goal. "There is no long-term future for cars with an internal combustion engine," Henrik Green, Volvo's chief technology officer, said in a statement.