Please ensure Javascript is enabled for purposes of website accessibility
Log In Help Join The Motley Fool
Free Article Join Over 1 Million Premium Members And Get More In-Depth Stock Guidance and Research
By Eric Volkman - Mar 3, 2021 at 12:26AM

It hasn't provided many details so far, though.

It's capital raising time for DIY accommodation king Airbnb (ABNB -5.16%). The company announced Tuesday that it intends to float $2 billion worth of convertible senior notes to help shore up its finances. The issue will be made in a private offering to qualified institutional investors.

The company has not yet determined the interest rate for the notes; it said this will be done when the securities are priced. It also revealed that they will accrue interest payable semiannually and will mature on March 15, 2026, if held that long. They will be convertible into shares of Airbnb's Class A common stock and/or cash, at its discretion. It did not provide any conversion rates or parameters. 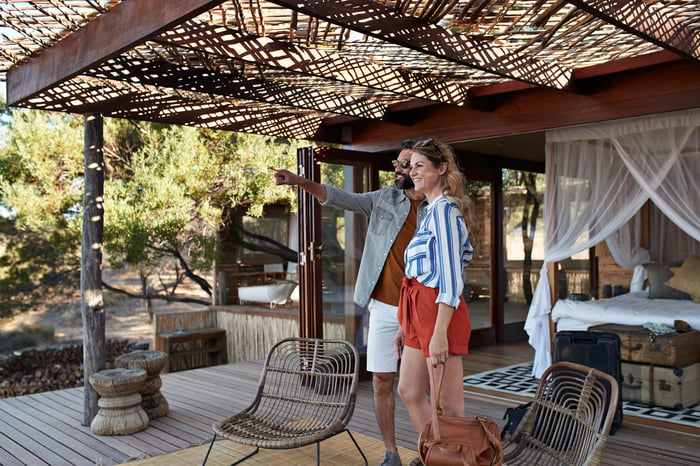 The notes will be partially or fully redeemable -- again, at the company's discretion -- any time and occasionally, starting on March 20, 2024.

Airbnb added that it will utilize the proceeds of the issue to pay the costs of entering into capped call transactions, basically a method of reducing the potential dilution that could arise from a big influx of new shares. It will also use the funds to retire debt.

Despite a recent pull-back in its share price and declines in key fundamentals due largely to the coronavirus pandemic, Airbnb has been a real hit with investors since its IPO last December. Much of this is familiarity; high-profile names often do well when they first land on the exchange. Airbnb is also basically the only standalone, publicly traded DIY accommodation stock on the market.

We should bear in mind, however, that it is far from out of the woods in terms of fundamentals. The company was deeply in the red, with a $3.9 billion net loss in its most recently reported quarter.