Please ensure Javascript is enabled for purposes of website accessibility
Log In Help Join The Motley Fool
Free Article Join Over 1 Million Premium Members And Get More In-Depth Stock Guidance and Research
By Keith Noonan - Mar 6, 2021 at 10:33AM

EV stocks have continued to fall early in March's trading.

Shares of XPeng (XPEV -0.79%) fell 29.2% in February, according to data from S&P Global Market Intelligence. The Chinese electric-vehicle (EV) stock sold off amid a broader pullback for EV companies. 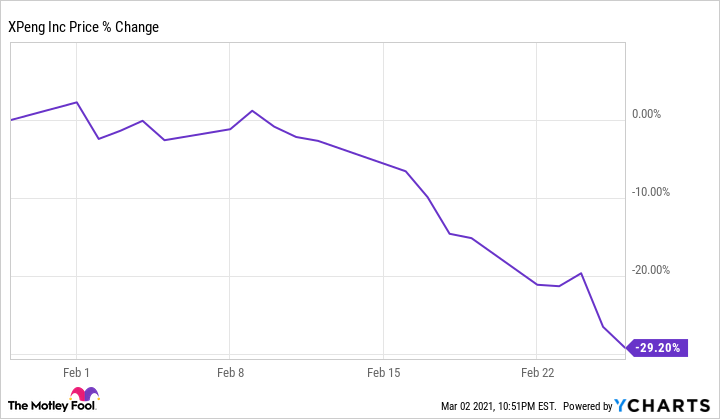 A sharp rise for Treasury bond yields kicked off in February, and investors began moving out of tech stocks in favor of fixed income investments and stocks in the energy and industrials sectors. EV stocks were hit particularly hard, and XPeng got caught up in the pullback. 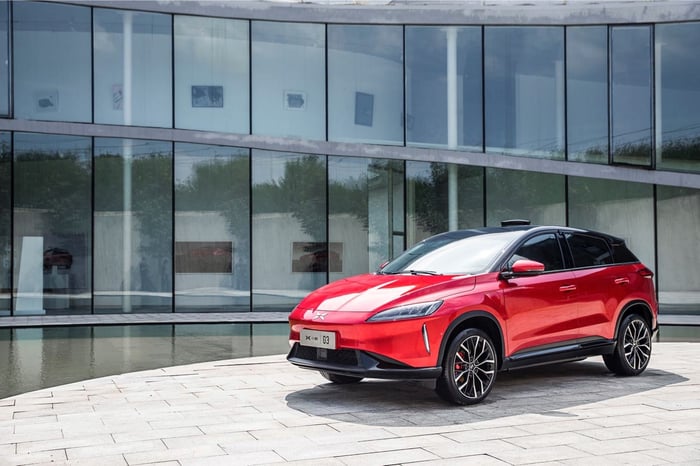 XPeng stock is still up roughly 32% over the last year, but the company's share price also trades off roughly 62% from the high that it hit last November. The company is expanding its EV deliveries at a rapid clip, and it looks as if it will continue to enjoy strong growth despite currently shipping fewer vehicles than competitors NIO and Li Auto. However, XPeng could get caught up in a broader correction for electric-vehicle stocks.

XPeng stock has continued to slide early in March's trading. The company's share price is down roughly 21% in the month so far. 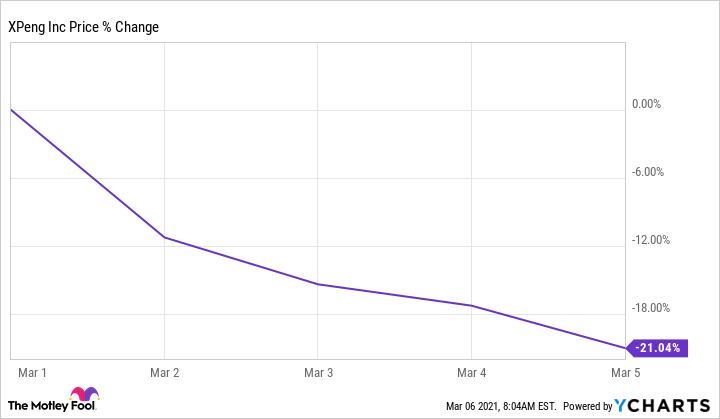 XPeng published its February vehicle delivery figures on March 1, reporting that it had delivered 2,223 vehicles in February. Combined vehicle deliveries across January and February were up 577%, and the company has now delivered 20,181 of its P7 midsize sedans.

The company has established itself as an early force in China's EV space, and it has a large addressable market to grow into, but investors should probably expect high volatility in the near term. XPeng has a market capitalization of roughly $20 billion and trades at roughly 27 times trailing sales. The company is scheduled to publish its fourth-quarter results on March 8.