Please ensure Javascript is enabled for purposes of website accessibility
Log In Help Join The Motley Fool
Free Article Join Over 1 Million Premium Members And Get More In-Depth Stock Guidance and Research
By Howard Smith - Updated Mar 10, 2021 at 9:24AM

The company also announced it completed a deal on its aircraft leasing business valued at more than $30 billion.

General Electric (GE -0.65%) provided an updated business outlook today for the year ahead. The company has made moves to consolidate its business over the past year, using proceeds to address its debt. Major moves included the sale of its BioPharma unit to Danaher (DHR 1.00%) for net proceeds of about $20 billion, and the ongoing sale of its stake in oil and energy company Baker Hughes (BHI).

The company also said it is recommending shareholders approve a 1-for-8 reverse stock split, "in light of its significant transformation over the past several years." 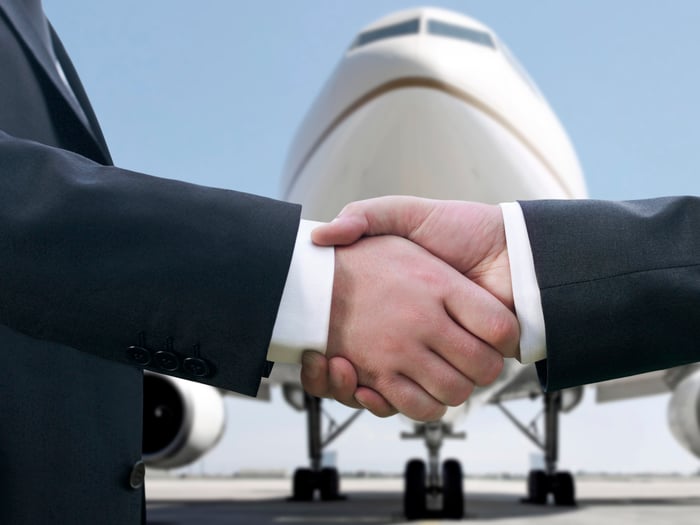 GECAS is the aviation finance portion of the company's GE Capital segment. GE will record a $3 billion noncash charge in the first quarter of 2021 as a result of the transaction. GECAS will become a "discontinued operation" of the conglomerate.

GE said it will use proceeds to "further de-risk and de-lever," and will simplify its structure, allowing it to focus on its industrial core units: power, renewable energy, aviation, and healthcare. GE Capital's balance sheet will be integrated into those industrial segments to further simplify reporting.

Of the 1-for-8 reverse stock split, the company said it would "decrease the number of shares outstanding to a number more typical of companies with comparable market capitalization."