Please ensure Javascript is enabled for purposes of website accessibility
Log In Help Join The Motley Fool
Free Article Join Over 1 Million Premium Members And Get More In-Depth Stock Guidance and Research
By Maurie Backman - Mar 14, 2021 at 6:49AM

Bitcoin is a great investment for a lot of people, but here's why I've chosen to opt out.

When we think about the hottest investments of 2021, it's easy to land on Bitcoin (BTC 2.66%), whose value has soared over the past few months in particular. But while a lot of people I know are eager to jump on the Bitcoin wagon, I'm staying away. Here's why.

1. I don't fully understand it

Let's be clear -- I know what Bitcoin is. It's a digital currency that's becoming more widely accepted as an alternative to actual cash. But I don't fully understand how it's mined and why it's so limited in quantity, despite my very tech-savvy husband explaining it several times over.

One rule I like to follow with my money is to never invest in something I don't understand. There was a time, for example, when I didn't quite get how REITs (real estate investment trusts) worked, so I read up on them until I had more clarity. I've tried learning more about Bitcoin but there are still aspects of it that confuse me, and so I don't think it's the right place for my money. 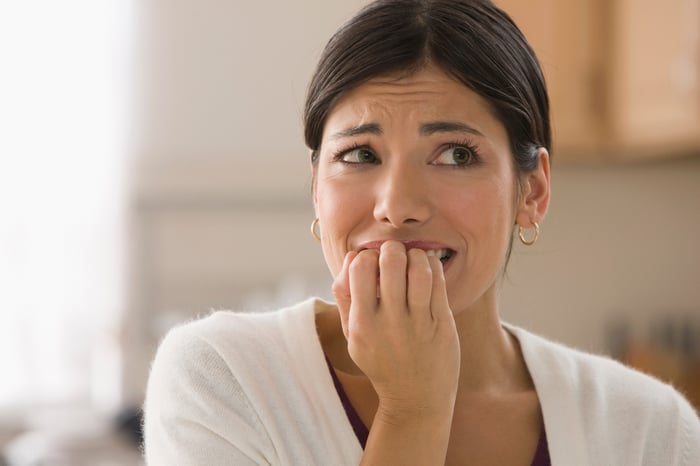 Furthermore, I frequently hear Bitcoin enthusiasts liken it to gold. But I just don't get that comparison. Gold is a physical commodity. Bitcoin isn't. Gold has been around forever. Bitcoin has not. I understand gold, and I may or may not decide to invest in it. I just don't fully understand bitcoin, and that alone makes it a poor choice for me.

2. It doesn't align with my investing strategy

My investing strategy largely involves buying stocks that offer exceptional value or growth potential. I also own some bonds and REITs because they serve as diverse income sources. Bitcoin, frankly, just doesn't fit nicely for me into that mix. And while it's easy to make the case that Bitcoin could, in time, grow in value (as it's already proven capable of), I'm just not confident in that.

Whenever I decide whether a company's stock should have a place in my portfolio, I take a look at its assets, cash flow, and other financial data to determine where it's going. But Bitcoin isn't a company -- it's a type of currency, and so I can't perform the same analysis I normally would.

3. I'm worried about the risk

The extent to which Bitcoin gains value will hinge heavily on how widely it's adopted and how heavily it's regulated. Both of these things are up in the air. While some will argue that stocks are a risky investment in their own right, to me, Bitcoin is more volatile.

One of the most important things to do as an investor is build a portfolio you're comfortable with and confident in. If I were to buy Bitcoin, I wouldn't manage to satisfy either criteria. To me, it's important to have investments that don't keep me awake at night, and I can't say that Bitcoin fits that bill. And while I know that there's plenty of opportunity there, right now, I'm opting to stay away from Bitcoin and put my money to work elsewhere.

To be clear, Bitcoin may be a great choice for someone who has a different investing strategy than mine or who understands it better. And I may change my mind about it. But for now, I'm just not there yet.