Two days after the company delivered a strong earnings report, the stock continued to move higher.

Shares of Williams-Sonoma (WSM -3.73%) were climbing for the second straight day today after the company delivered a blowout fourth-quarter earnings report on Wednesday night. The stock continued to move higher today as the home goods retailer received positive commentary from a Wall Street analyst. 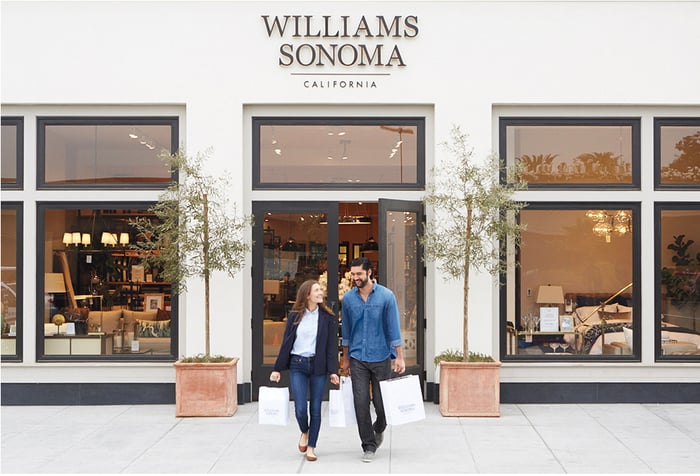 Like much of the home goods sector, Williams-Sonoma has experienced a boom during the pandemic, and that was especially clear over the holiday season. Comparable sales in the quarter jumped 25.7%, which included 47.9% growth in e-commerce sales. Overall revenue was up 24.4% to $2.29 billion, well ahead of estimates of $2.17 billion, while the company also gained significant leverage from the sales surge.

After a parade of analysts lifted their price targets on the stock, William O'Neil initiated coverage on Williams-Sonoma with a buy rating, indicating confidence in the business even as it will lap some difficult comparisons in the coming year.

For the current year, management forecast year-over-year revenue growth of mid- to high single digits and operating margin expansion, both of which are in line with its long-term targets.

Shares of Williams-Sonoma, which also owns West Elm and Pottery Barn, have now more than doubled since the beginning of 2020 as the company has been an under-the-radar winner in home furnishings over the last year. Though the company may be best known for its stores, it sells through a digital-first model, and e-commerce sales made up nearly 70% of total revenue in the fourth quarter.

Though the pandemic tailwinds will eventually fade, management's guidance should give investors confidence in the stock's long-term potential, especially as it still trades at a price-to-earnings ratio under 20.