Please ensure Javascript is enabled for purposes of website accessibility
Log In Help Join The Motley Fool
Free Article Join Over 1 Million Premium Members And Get More In-Depth Stock Guidance and Research
By Brent Nyitray, CFA - Mar 20, 2021 at 11:04AM

The government just gave Redwood Trust a big boost to its business.

Last week, the government-sponsored entities Fannie Mae and Freddie Mac made an announcement that has mortgage originators buzzing. The companies announced that they have been given a 7% cap on investment properties and second homes by the Federal Housing Finance Agency (FHFA). This directive was issued in the waning days of the Trump administration, and was meant to limit the risk that the U.S. taxpayer bears in the housing market.

I recently wrote about New Residential Investment Corp. and how this change would benefit it. There is another mortgage REIT that stands to benefit as well: Redwood Trust (RWT 0.83%). I plan on buying shares as soon as Motley Fool trading rules allow. Here's why. 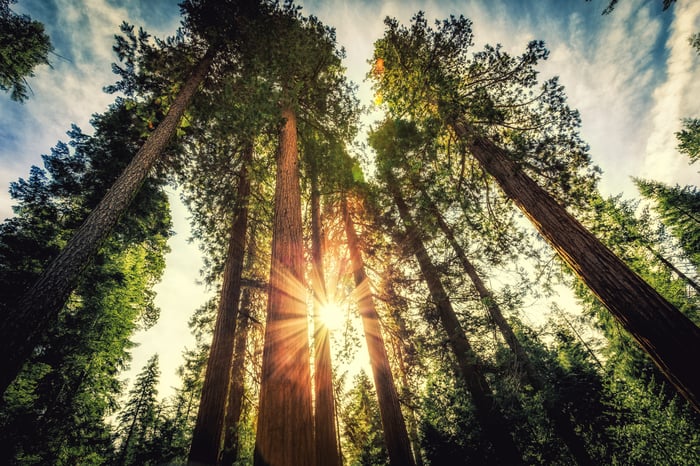 Washington wants to reduce its footprint in the housing finance market

Policymakers in Washington have long agreed the current state of housing finance is untenable. The U.S. taxpayer basically bears the credit risk of the vast majority of mortgage origination in the U.S. The bipartisan consensus has long been to return to pre-bubble days, when the private sector took the credit risk and government risk was limited largely to loans backed by the FHFA and the Veterans Administration.

This change in Fannie and Freddie's commitment to investment properties may be the catalyst to revive the private-label securitization market. The problem with the private label has been a lack of critical mass and a robust history of prepayment and default data. Both of these issues are critical to get institutional investors to have an appetite for this paper. The new limits from Fannie Mae and Freddie Mac may turn out to be a catalyst to bring the market back.

Redwood Trust is the leader in non-government guaranteed securitization

Redwood Trust is a mortgage real estate investment trust (REIT) that specializes in originating mortgages that are not guaranteed by the U.S. government. Historically, this has meant originating mortgages too large to be guaranteed by the government, which are colloquially referred to as jumbo loans. Despite the lack of a guarantee, these loans often have such strong credit characteristics that borrowing rates are more or less in line with standard government rates.

Redwood also originates loans that fall outside government guidelines for reasons other than size. These loans carry higher rates and are often given to professional real estate investors, fix-and-flip buyers, and the self-employed. Redwood sees the single-family rental market as a massive growth opportunity. The company also aims to have the best technology for the non-QM (qualified mortgage) origination space, and has launched several initiatives to capture more of the business purpose market.

Like most mortgage REITs, Redwood struggled during the early days of the COVID-19 pandemic, and was forced to deal with margin calls and a sudden collapse of the non-QM securitization market. This lowered the company's book value per share by 38% to $9.91 and caused the company to cut its dividend. These issues affected the entire industry but seem to be in the past now.

Redwood is the market leader in non-government guaranteed securitization, having issued 110 securitizations worth $55 billion since the late 90s. The company has a network of over 200 institutional investors who will buy these issues. High-quality investor and second-home loans would make a perfect strategic fit for Redwood's portfolio.

Redwood recently hiked its quarterly dividend by 14% to $0.16 per share. This gave the company a 5.9% dividend yield at Friday's close, lower than the typical mortgage REIT. However, Redwood generates a lot of fee income, which offsets some of the interest rate and credit risk. Non-securitization leverage is low, at 1.3 times equity.

Non-QM loans are about to become the fastest-growing sector of the mortgage market, and Redwood Trust is at the center of it. Rapid home price appreciation will drive demand for jumbo loans and business purpose loans. The loss of some of these loans will have a small negative effect on the bigger originators like Rocket; however, Rocket's loss will be Redwood Trust's gain.

Is Redwood Trust a Buy?