Please ensure Javascript is enabled for purposes of website accessibility
Log In Help Join The Motley Fool
Free Article Join Over 1 Million Premium Members And Get More In-Depth Stock Guidance and Research
By Evan Niu, CFA - Mar 21, 2021 at 11:00AM

After confirming last month that it would be merging with Lucid Motors, shares of special-purpose acquisition company (SPAC) Churchill Capital IV (CCIV) crashed back down to Earth following a speculative run-up that peaked around $65. The shares have been fairly volatile in the weeks since, as have many growth-oriented stocks, particularly companies that are pre-revenue. Lucid Motors is planning to commence volume production of its flagship Air sedan in the second half of 2021, and the merger with Churchill Capital IV is expected to close in the second quarter.

With a lack of near-term catalysts, combined with elevated implied volatility (IV) levels, here's an options strategy that is ideal for those market conditions. 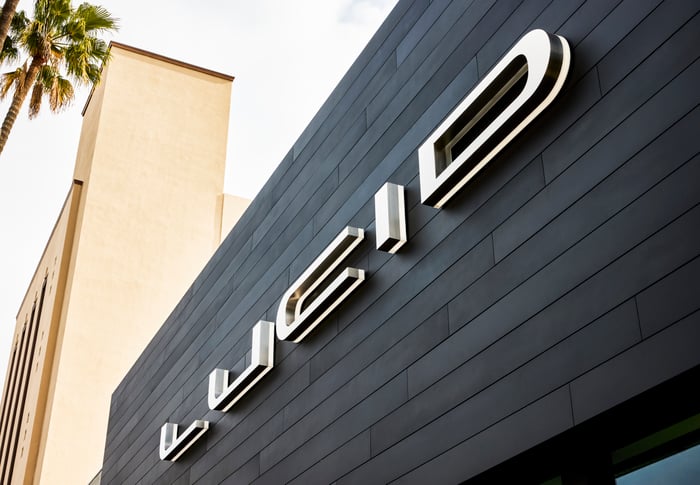 As a reminder, IV levels are one of the most important factors of options pricing. High IV levels translate into higher options prices across the board for both calls and puts, and low IV levels result in lower prices. At the same time, time decay (as measured by theta) accelerates dramatically in the last few weeks of an option's life before expiration.

In order to take advantage of both of these pricing characteristics, an options investor would sell a cash-secured put. Selling a cash-secured put is a popular way to collect premium on a stock that the investor is already interested in owning, effectively getting paid to buy the stock. If the stock stays above the strike price until expiration, the option will expire worthless, and the investor keeps the premium.

If shares close below the strike price, you are obligated to buy the stock at that price. In order to sell a cash-secured put, the investor must put up the necessary capital to cover the potential assignment. Assuming you are assigned the stock and end up purchasing it, the next step is to turn around and sell covered calls. By selling a covered call for a premium, you are agreeing to sell the shares at the strike price if the stock closes above the strike upon expiration.

In other words, selling a cash-secured put allows you to get paid to buy the stock, then selling a covered call lets you get paid to sell the stock. This strategy is known as "the wheel."

In terms of risks, the downside risk associated with a cash-secured put is that the stock completely craters to well below the strike price. But buying the stock outright also carries the same risk, so most investors are already fairly familiar with that possibility. The other risk is that the investor may miss out on upside gains if the stock skyrockets, and you may not have purchased the stock if you were waiting to get assigned. If you really want to own the stock immediately, a cash-secured put may not be appropriate.

Overall, the wheel represents a relatively low-risk options strategy compared to other strategies like selling naked calls or buying out-of-the-money (OTM) weekly options. If you expect a stock to be relatively range-bound, as I do with Lucid Motors and Churchill Capital IV, running the wheel is a very viable strategy (you could also consider an iron condor).

There don't seem to be any obvious catalysts for Lucid in the next few months. The aspiring electric vehicle (EV) maker is working feverishly to fine-tune product quality as the Air approaches the start of production. CEO Peter Rawlinson recently test drove a release candidate as part of that process.

Closing the merger with Churchill Capital IV is also largely an administrative process -- getting regulatory filings approved with the SEC, transferring the cash once everything is in order, and so on. Shares may also fluctuate based on media appearances as Lucid works to build brand awareness. But in terms of meaningful fundamental drivers of the business, Air deliveries are by far the most significant event on the horizon, but investors are still several months away from that catalyst.

Personally, I recently sold April $25 puts on Churchill Capital IV for $2.50 per contract, representing a 10% return in less than a month if the options expire worthless or translating into a net cost basis of $22.50 per share if assigned. If assigned, I would promptly sell covered calls to generate weekly or monthly income. (I also have warrants and LEAPs as a long-term position to hold.) Lucid has a promising future, but I plan to run the wheel until Lucid starts delivering some cars (no pun intended).