What if there was a way to learn more about investing than most analysts -- and it involved gems, spells, and capricious Stock Gods? Welcome to Investor Island.

Investing is serious business, right? It's your hard-earned money, your net worth, your wealth. It can determine whether you retire a millionaire or whether your golden years are spent comparing prices on cat food. It would be a mistake to approach investing with anything less than a weighty, earnest solemnity. Right?

The Motley Fool doesn't think so.

It's not that we don't understand that investing is important. We've been extolling its virtues since 1993! Rather, there's one important thing we understand that many financial advice companies do not: Mastering investing doesn't have to be esoteric. In fact, it can be fun.

That said, if you're not careful, that mastery can be expensive. Popular, fee-free stock-trading apps like Robinhood have made the world of stock trading more accessible than ever before -- but without some knowledge of what to invest in, newbie investors can risk losing a lot of money. That's where we come in.

The legend is that decades ago, an investor was sailing in the South Pacific when a typhoon devastated his boat, utterly ruining his vacation. He was lucky enough to reach the shores of an uncharted isle, where the locals nursed him back to health -- and he in turn repaid them with tales of glory and riches gained from savvy investments in the stock market. The locals were awestruck by these stories of the life-changing power of investing, and today they construct temples in honor of the companies they think will thrive, as offerings to the island's mysterious and mercurial Stock Gods.

In turn, the Stock Gods reward outperforming companies with valuable gems, which allow the island's inhabitants to construct statues, challenge rivals, and accrue spells. But underperformance angers the Stock Gods and can lead to devastating tantrums. The market-based battles continue to roil the isle's landscape as rivals vie to construct statues strategically -- and destroy those of others -- to gain control of Investor Island.

This is no legend

As you've gathered, Investor Island is a game -- a mobile, turn-based strategy game, to be precise. Fool co-founder, Chief Rule Breaker, and board- and computer-game lover David Gardner was intimately involved in its design, and it boasts a 4.7 rating on the Apple App Store; you can download it for iOS or Android and while away the hours building temples, collecting gems, and appeasing gods.

But Investor Island is not just a game. The real-life performance of the stocks you choose affects what happens on Investor Island. And while you can choose to play based on historical data -- say, pitting Tesla against Netflix in the boom year of 2013 -- you can also choose to play based on what's happening in real time. That means your stock-picking prowess has a direct impact on whether you win or lose. 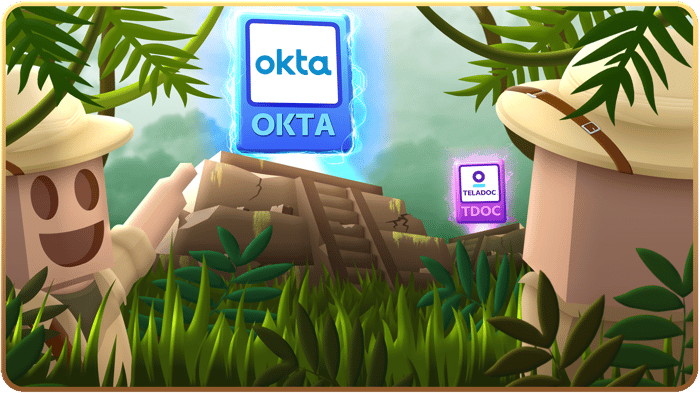 What are the top players picking this week?

In addition to facing off with each other or with AI opponents, players can invest "tokens" in stocks they think will go up in the next day, week, or month. If they pick winners, they get in-game rewards that can give them an edge over their opponents. Investor Island's top-ranked players -- the ones who win the most games -- have picked the following stocks to outperform this week:

Looks like players are interested in a retail bounceback in AutoZone, renewed restaurant energy for Middleby, and continued online outperformance from MercadoLibre.

If Investor Island sounds like the kind of learning you can get behind, we'd love to see you in our ranks. You'll be an analyst before you know it -- and you'll master fire spells, too.

Download Investor Island for iOS here and for Android here.