Please ensure Javascript is enabled for purposes of website accessibility
Log In Help Join The Motley Fool
Free Article Join Over 1 Million Premium Members And Get More In-Depth Stock Guidance and Research
By Keith Speights - Mar 29, 2021 at 6:01AM

Both stocks have been big winners so far this year.

You can find lots of big, well-known companies among the 100 most popular stocks on Robinhood. However, there are also some much smaller companies on the list that have been huge winners this year.

For example, shares of Canadian cannabis producer Sundial Growers (SNDL 0.05%) have soared over 140% so far in 2021. Animal health company Zomedica (ZOM 3.55%) has delivered an even more impressive performance, with the stock skyrocketing 637% year to date.

Which of these popular Robinhood stocks is the better pick now? Here's how Sundial and Zomedica stack up against each other. 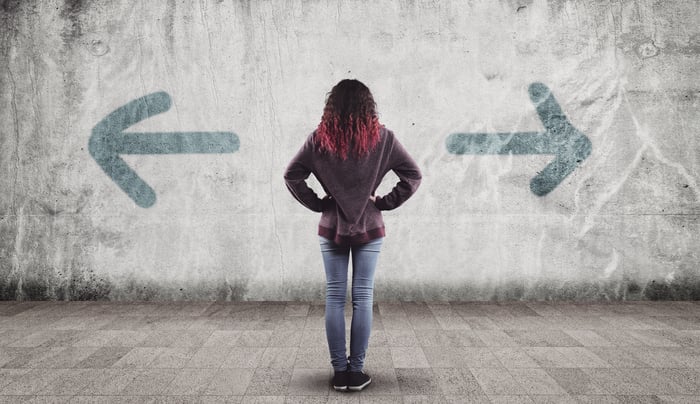 Neither of these companies can boast of tremendous growth. Although investors liked Sundial's fourth quarter results overall, the cannabis producer's revenue still fell year over year. Zomedica only recently launched its first product.

Sundial thinks that its shift from wholesale to branded cannabis products will pay off over the long run. The company has also focused on cultivating high-potency cannabis that more consumers prefer. These moves could enable Sundial to increase its market share in the Canadian adult-use cannabis market.

The company is also looking to expand through mergers and acquisitions. Sundial recently began a joint venture with SAF Group to invest in cannabis-related companies in Canada and in other countries. These investments potentially include a special purpose acquisition company (SPAC).

Zomedica has high hopes for its Truforma medical device for diagnostic testing in cats and dogs. The big plus for the device is that it's intended for use by veterinarians at the point of care. Some diagnostic tests that otherwise would require sending samples to a lab can be performed onsite with Zomedica's platform.

The animal diagnostics market is projected to reach close to $5.4 billion within the next six years. Zomedica thinks that the convenience and simplicity of its Truforma platform will enable it to achieve success in this market.

Sundial had 719 million in Canadian dollars of unrestricted cash at its disposal as of March 15. That should put the company in a relatively solid position to expand.

However, Sundial continues to burn through its cash. It recorded a net loss of CA$64.1 million in the fourth quarter of 2020. The company doesn't appear to be on a clear path to profitability at this point.

Zomedica didn't generate any revenue in 2020, so it also has experienced significant cash burn. The company posted a net loss of $16.9 million last year. Its cash position stood at around $277.5 million as of Feb. 26.

Zomedica's market cap of around $1.6 billion is lower than Sundial's market cap of close to $1.9 billion. However, the gap isn't all that much, especially considering that Zomedica hasn't generated any sales in the past while Sundial has.

On the surface, Sundial might seem like the better pick between these two Robinhood stocks. It has a larger cash stockpile, is producing revenue, and could be in a position for accelerating growth as its acquisition strategy plays out.

However, if I had to pick between these two stocks, I'd go with Zomedica. The company is admittedly still in its early stages, but its Truforma platform could be a big winner with veterinarians.

Having said that, I wouldn't call either of these stocks great picks right now. There are quite a few other marijuana stocks that have much better growth prospects than Sundial does. As for Zomedica, I'd prefer to wait and see how its commercial launch of Truforma goes before giving the stock more serious consideration. Zomedica gets the edge over Sundial, in my view, but I think investors can find even more attractive stocks to buy right now.