Please ensure Javascript is enabled for purposes of website accessibility
Log In Help Join The Motley Fool
Free Article Join Over 1 Million Premium Members And Get More In-Depth Stock Guidance and Research
By Rich Duprey - Mar 29, 2021 at 11:59AM

No other tourism industry has faced such a prolonged shutdown.

After preventing the cruise ship industry from sailing for over a year, the Centers for Disease Control and Prevention (CDC) is facing a potential lawsuit over its decision to extend its no-sail ban until November.

Florida Gov. Ron DeSantis met with cruise industry executives over the weekend and said the agency's order was "baseless" and his state was considering legal action unless it was lifted. The state is home to some of the busiest cruise ports in the world. 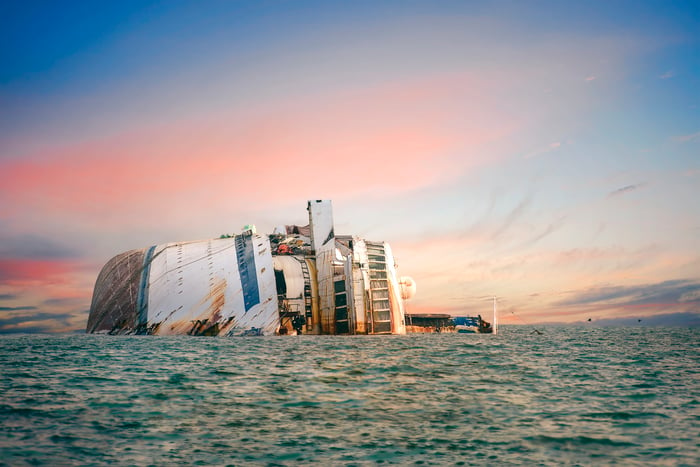 After the COVID-19 outbreak last year, the CDC instituted a no-sail order that has kept cruise ships in port for a year.

The industry was hoping to resume sailing this summer, and the Cruise Lines International Association (CLIA) asked the CDC to lift its conditional sailing order. The agency refused, instead saying it would extend the ban for another six months.

DeSantis met with executives from Carnival, Walt Disney, Norwegian Cruise Line Holdings, and Royal Caribbean and said he and his state's attorney general are exploring their legal options if the CDC doesn't change course. While the cruise lines have not said they would be a party to a lawsuit, their sympathies undoubtedly lie with the move.

The industry has said it is fully ready to set sail again with protocols in place to protect passengers. In fact, ports in the Caribbean, Europe, the Mediterranean, Australia, and Asia have reopened for cruising and very few cases of COVID-19 have been traced to the voyages, according to CLIA.