Please ensure Javascript is enabled for purposes of website accessibility
Log In Help Join The Motley Fool
Free Article Join Over 1 Million Premium Members And Get More In-Depth Stock Guidance and Research
By Brett Schafer - Mar 29, 2021 at 8:00AM

Both companies are underfollowed by Wall Street, but that might not be the case for long.

There's a lot of noise in the financial media. Wall Street analysts and news networks love to talk about high-flying stocks such as Peloton, Zoom Video, and Shopify -- but only after they've already tripled in value. And while those three popular stocks might still be good picks going forward, other great investments can still come from stocks that aren't generating the same number of headlines.

However, with few people covering these under-the-radar stocks, they can be hard for individual investors to find on their own. With that being the case, here are two under-followed stocks, Sprouts Farmers Market (SFM 2.26%) and Nelnet (NNI 1.30%), that investors should watch closely. 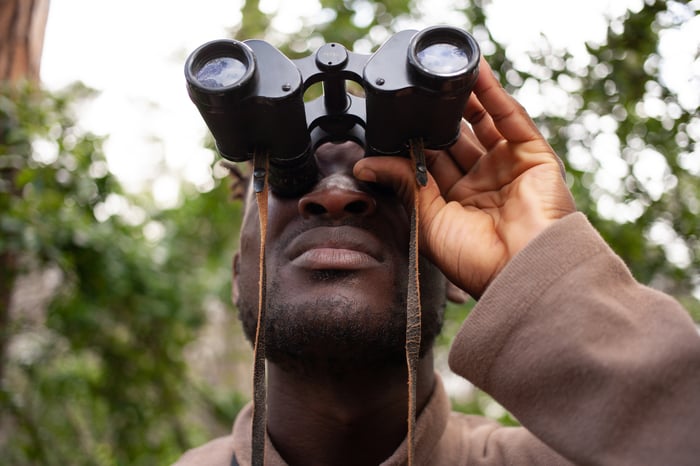 Sprouts Farmers Market is a grocery chain focused on serving health-conscious customers at a price that doesn't break the bank. Founded in 2002 and headquartered in Phoenix, Arizona, the stores have an open layout with produce and bulk items located at the center of the store. Sprouts also caters to customers who follow specific dietary regimens like plant-based, vegetarian, or paleo.

The stock is likely overlooked, because it has underperformed since its initial public offering (IPO) in 2013. Shares are up 55% from the IPO price of $18 per share (and still down 30% from their first-day close), while the S&P 500 has more than doubled in that same period.

However, while the stock has lagged the broad market, the business is doing just fine. The board of directors brought in Wal-Mart veteran Jack Sinclair as the new CEO in 2019, and so far, he seems to be steering the ship in the right direction. Revenue has grown every year in the past decade with the top line hitting $6.5 billion in 2020. Sprouts recorded positive earnings and operating cash flow in much of that period as well.

Trading at $27.96 per share as of this writing, Sprouts sports a price-to-earnings ratio (P/E) of 11.7. This bargain earnings multiple is usually reserved for stagnating companies with no growth prospects. However, Sprouts is nothing of the sort. With only 362 stores across the U.S. as of the end of 2020, management thinks that it can grow its store count around 10% a year for the foreseeable future, with a total of 300 to 400 new locations that can expand the Sprouts concept.

With low debt levels, a proven store model that has been profitable for many years, and plenty of room for expansion, it wouldn't be surprising if Sprouts Farmers Market has significantly more earnings power 10 years from now.

Nelnet is a unique company. It owns a large number of student loans, which generate steady cash flow for the business each year. Interest rates can affect the payouts from its loan book, but right now, management estimates that it will collect $2.3 billion in cash over the life of these loans and $1.5 billion within the next five years.

While these cash payments are reliable and backed by the U.S. government, Nelnet isn't allowed to originate any new student loans as the U.S. government decided to take that process in-house a decade ago. However, management hasn't been caught flat-footed as the company took a lot of the money from its shrinking loan book and invested it into other businesses.

For example, Nelnet runs a highly profitable education software and payments division that helps K-12 schools and colleges run their administrative offices and manage tuition payments. Even with 2020 being a down year due to the COVID-19 pandemic, this division still generated over $66 million in operating income.

Nelnet also has many outside investments, including a 48% stake in a Midwest fiber/broadband company called Allo Communications and a stake in Hudl, a software company that dominates the sports film and recruiting market. Plus, management has a stellar track record, having grown book value per share at a 17% compound annual rate since the IPO in 2003.

And the most beautiful thing is, all of these businesses and investments trade at a market cap of only $2.8 billion -- barely a premium to what Nelnet is guaranteed to earn over the next decade. If you believe in the management team and their track record of expanding into new opportunities, the stock looks like a quality business trading at a huge discount.

Overall, it's important to remember that the majority of public companies aren't talked about by the financial media. There are thousands of stocks in the U.S. alone waiting to be discovered by individual investors. Two under-followed stocks that look to be trading at an attractive discount as of this writing are Sprouts Farmers Market and Nelnet. Investors should look at these two stocks and other under-followed companies to expand their horizon beyond the few dozen stocks discussed on CNBC every day.